KUALA LUMPUR: I-Bhd’s net profit for the third quarter ended September of financial year 2014 (3QFY14) jumped to RM14.23 million, a big leap from RM2.68 million in 3QFY13 due to higher recognition from project completion and sales.

Quarterly revenue doubled to RM77.39 million from RM35.54 million in the same period a year ago; pre-tax profit was also significantly higher at RM17.42 million against RM3.69 million, according to a filing with Bursa Malaysia.

Earnings per share surged to 6.23 sen for the quarter under review from 1.17 sen previously.

In a filing with Bursa Malaysia, the property developer attributed the improved earnings to higher percentage of recognition for both the project completion and sales for i-Residence, i-SOVO, i-SOHO and i-Suites projects.

The company said revenue and pre-tax profit for property investment also saw some improvement due to a higher occupancy rate and a waiver of service charges in the preceding quarter.

“For the leisure division, the higher revenue and pre-tax profit were driven by commencement of the operation of the new attractions in the current quarter,” I-Bhd said.

However, it said the leisure segment recorded lower pre-tax profit for 9MFY14 due to the higher pre-operating costs incurred for the new attractions during the first half of the current financial year.

Looking forward, I-Bhd hopes the new attractions coming onstream before 4QFY14 will boost the performance of the leisure segment.

“As for the property development division, the group recently launched ‘Liberty Tower’, a fully furnished 350-unit serviced apartment with a gross development value of about RM178 million in the final quarter of current financial year,” it said.

“Barring any unforeseen circumstances and based on the aforementioned factors, the board is confident it will achieve better operating results for the financial year ending Dec 31, 2014,” the company said.

I-Bhd closed one sen higher at 72.5 sen, giving it a market capitalisation of RM507.39 million.

This article first appeared in The Edge Financial Daily, on November 14, 2014. 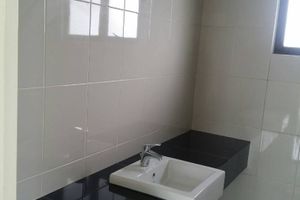