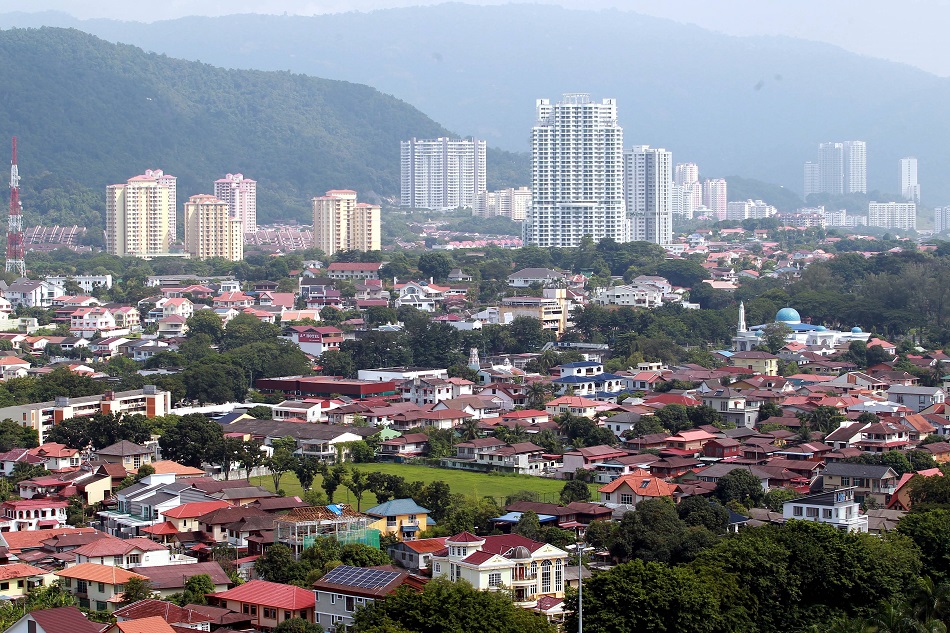 THE Penang housing market will see houses on the secondary market and in new projects priced below RM450,000 hogging the limelight in the coming months, says Raine & Horne International Zaki + Partners director Michael Geh (pictured, below). However, the more pressing issue is the inordinately long delay in getting approval for the Advertising Permit and Development Licence (APDL).

“For the first time in the Penang property market, the APDL is being withheld for about 1½ years. This has caused havoc as developers are not able to launch. This is a taking a very serious toll on the property market,” Geh says in presenting The Edge/Raine & Horne Penang Housing Property Monitor 4Q2015. APDL approval usually takes about a month. Apart from this, buyers are finding it difficult to obtain housing loans. “The majority are being offered loans of 60% to 75% and many don’t have enough money to conclude the purchase,” he says.

Despite this, the secondary market continued to see activity in 4Q2015 even as transactions remained flat in the primary market.

“The stakeholders in the property business reacted positively to the Penang Transport Master Plan (PTMP) and residents are optimistic about the capital appreciation of their homes,” says Geh.

The RM27 billion PTMP is aimed at mitigating traffic congestion in the state by 2030.

But some residents whose houses are close to the proposed LRT stations have voiced their worries about the parking situation. Geh says indiscriminate parking near LRT stations is a concern because of the shortage of parking space, and that more parking facilities are needed to alleviate the problem.

In spite of this, activity in the secondary property market near proposed LRT stations is expected to increase.

“The areas close to the proposed LRT stations along the line from Prangin Canal to the airport are turning hot while other stations from the Prangin Canal hub to the Straits Quay area have also begun to be desirable,” Geh says.

On the mainland, properties around Batu Kawan in the secondary market will be worth keeping tabs on.

Another notable development was the revocation of Sunway Bhd’s planning permission to develop the slopes of Relau Hills following protests by residents. Developers will need to consider carefully plans to develop hillsides, he says. Quarter-on-quarter growth remained unchanged for all houses surveyed in this category.

For 2-storey terraced houses, most areas on the island surveyed saw price growth while on the mainland, prices were unchanged from a year ago.

In Sungai Nibong, the price of single-storey houses rose 4.55% to RM1.15 million, but that in Green Lane saw no change.

On a quarterly basis, only houses in Pulau Tikus saw price growth of 6.67% to RM1.6 million. On a quarterly basis, only houses in Island Park rose 2.27%. The other areas surveyed remained unchanged.

Only houses in Island Glades showed an increase from the previous quarter of 3.57%. 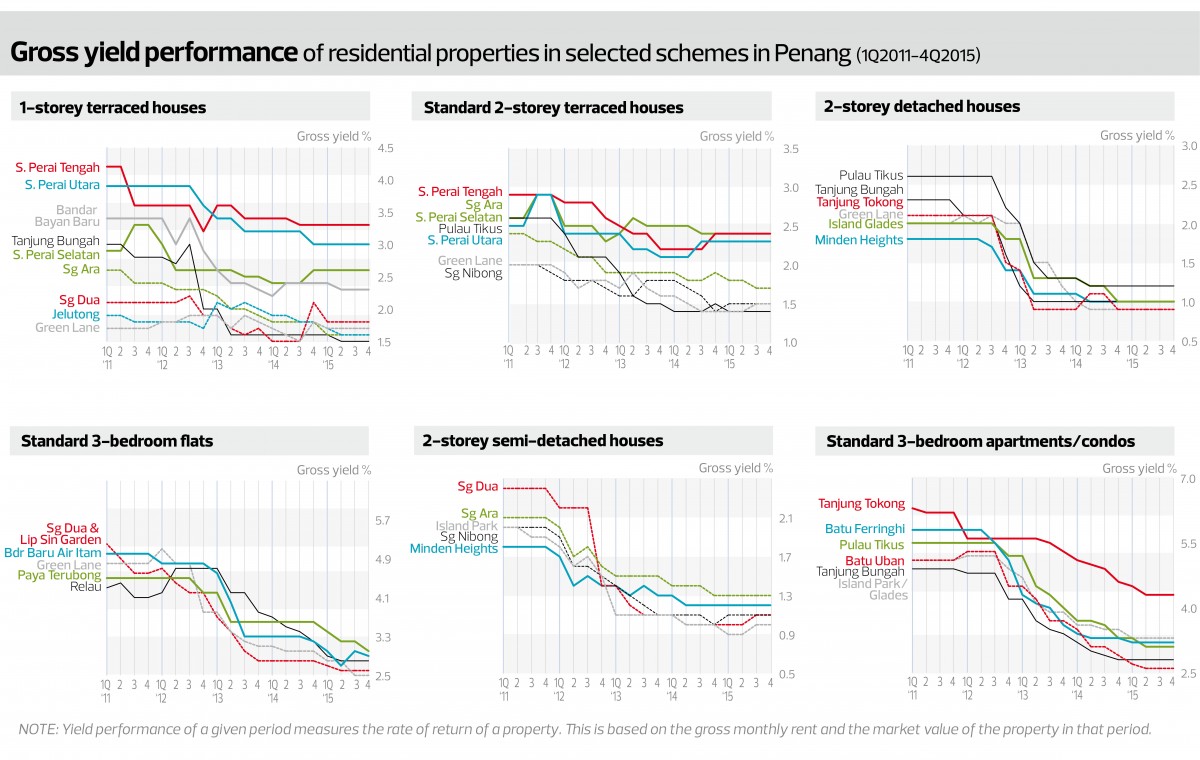 Q-o-q, only flats in Bandar Baru Air Itam and Paya Terubong showed an increase, up 4.55% and 5.88% respectively.

All condominiums surveyed showed price growth from the previous year, with units in Pulau Tikus and Tanjung Tokong at the top, both rising 12.07% to RM650,000.

On a quarterly basis, all condos showed no price movement.

Interested in property investments in Green Lane, Penang after reading this article? Click here to check out the properties there.

This article first appeared in City & Country, a pullout of The Edge Malaysia Weekly, on April 4, 2016. Subscribe here for your personal copy.