Penang to call for fresh bids for golf course

PDC general manager Datuk Rosli Jaafar said a fresh RFP is necessary since the “new technical conditions” to make the project viable would depart from the original RFP.

“PDC is also of the view that the calling of the fresh RFP by open tender is the best way forward to enable the development of the 18-hole international golf course and related mixed development to proceed smoothly, in line with making Batu Kawan, the new satellite township, into an industrial, tourism and services hub of the northern region,” he said in a statement.

Rosli did not specify the new technical conditions under the fresh RFP, only noting that the original RFP was for the development of an 18-hole international golf course on a 60.7ha plot, with the remaining lands allocated for mixed development.

The RFP was conducted by open competitive tender and there were only two bids, he said, adding that the other company lost out not only on price but also did not meet the technical requirements.

He said the mutual agreement to rescind was made in view of the fact that the studies procured by EcoWorld showed that the golf course development would require significant additional acreage than the 60.7ha originally planned, largely due to the hilly and rocky terrain. “In view of this, the project could not proceed as originally planned in compliance with the RFP,” he added. 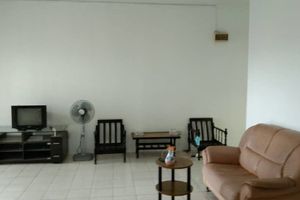