It believes the figure can be achieved via its semi-detached properties in Taman Desa Tebrau in Johor Bahru, Johor, as well as its “The Marin at Ferringhi” condominium project in Penang, which has been seeing increasing foreign interest.

“In Johor Bahru, for some high-rises, there is an oversupply. But because the foreign currency (Singapore dollar) is strong, they (Singaporeans) are looking for places to invest. If our currency remains like this and [the] Singapore [dollar] becomes stronger, we expect more Singaporean investment,” said Plenitude executive chairman Elsie Chua.

Besides Singaporeans, The Marin at Ferringhi has also attracted attention from investors in Hong Kong, Australia and even Penangites working in China.

“For the domestic market, it is still moving, but not [as fast] as it used to due to the economic slowdown. People are more careful and they are more sceptical about their purchases because of the weakening ringgit,” Chua told reporters after the group’s annual general meeting yesterday, adding that loans are also not being approved as easily as before.

Currently The Marin at Ferringhi, which has a gross development value (GDV) of RM256 million, has a 65% pickup rate, while the group’s semi-detached properties in Taman Desa Tebrau has a 75% pickup rate.

The group also has RM1 billion worth of properties it plans to launch in the next 24 months, once the property market rebounds.

“Among the projects we will launch is ‘Mandolin High Rise’ (a condominium), also in Johor Bahru. Right now, there is just too much competition, so we want to hold it until the market improves,” she said.

Plenitude also has ongoing projects in Johor Bahru, Puchong, Penang and Sungai Petani, with a combined GDV of RM600 million — and take-up rates of between 50% and 85%.

As for its acquisition of hotel group The Nomad Group Bhd (TNGB) — which it subsequently took private — Plenitude chief operating officer Pee See Hoe said hotels will provide recurring income for the group and the hotel segment is expected to contribute 20% to the group’s revenue for FY16.

Plenitude plans to gradually increase its hotel revenue contribution to 30% of the group’s revenue, with the balance 70% coming from property development.

“We have also begun our RM50 million upgrade works on The Nomad Sucasa Hotel [in] Jalan Ampang. Some of the hotels we purchased are quite old and they need to be upgraded. We will attend to the other hotels in stages,” said Pee.

Currently, the occupancy rate in its hotels — Four Points by Sheraton and The Gurney Resort Hotel and Residences in Penang, besides the four TNGB hotels — stands at around 65%; Plenitude plans to increase that to at least 80% — but did not disclose a specific time frame for that.

Meanwhile, the group maintains that its core business will still be property development.

“We have around 1,500 acres (607ha) of land bank located in Taman Desa Tebrau, Johor; Taman Putra Prima, Puchong; Penang; and Bukit Bintang, Sungai Petani. We plan on developing these in the next 10 years. Collectively, the properties have a GDV of RM12 billion,” said Chua.

Moving forward, the group also plans to expand its land bank and is looking at Penang and Klang Valley in particular.

“Currently we have around RM330 million in cash. We are interested in acquiring new land banks or even a joint venture. If someone has land, we can partner and help develop it,” said Chua. 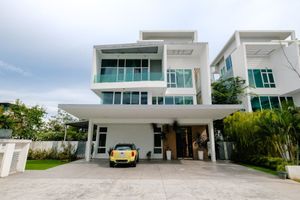 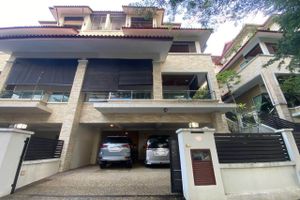 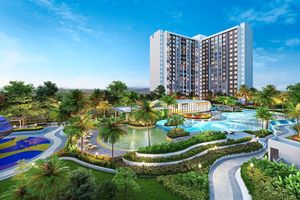