The property developer also proposed a first and final single-tier dividend of 15 sen per share for the year ended Dec 31, 2015 (FY15), subject to shareholders' approval at its upcoming annual general meeting.

The dividend proposed in FY15 is higher than the 13 sen per share it proposed last year.

UOA Development's board also recommends that shareholders be given an option to reinvest the proposed dividend into new ordinary shares in the company in accordance with the dividend reinvestment scheme approved by them at the extraordinary general meeting on May 29, 2012.

UOA Development said the total property sales for FY15 was approximately RM800.1 million. There was no new property launch in 4QFY15.

"The property sales in the fourth quarter were mainly from existing projects, including Southbank Residence and Scenaria @ North Kiara Hills, which were completed in the same quarter. Major projects such as Desa Sentul Phase 2 and the development in Kepong will be launched progressively in 2016. This is expected to back the property sales in 2016," the property developer added.

The group said it will continue its focus on development in Greater Kuala Lumpur and source for strategic development lands that meet its criteria.

Do not ask your doctor about the value of your home. Click here at The Edge Reference Price to find out. 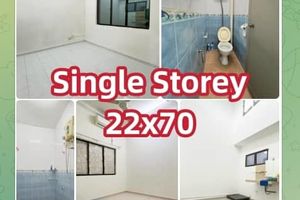