This is the first major project won by the company in financial year 2017 (FY2017). Winning this high-profile project certainly provides a much-needed sentiment booster to its share price, given the high market expectation for Gadang to secure one of MRT2 packages (based on its MRT1 track record). We expect this project to push the company’s outstanding construction order book to about RM1.4 billion, which may keep Gadang busy for the next three to four years.

Meanwhile, we maintain our FY2017 forecast (FY2017F) earnings, but raise FY2018F and FY2019F earnings by 6.8% and 10.8% respectively. Our revision takes into consideration the timing and quantum of the latest contract win, and we take the opportunity to trim margin assumptions for certain property projects, given the sluggish property market outlook.

Key risks to our recommendation and TP include the inability to replenish its construction order book beyond FY2017, a significant slowdown in the local property sector, and a hike in input costs.

We believe this MRT2 project contract award, coming after a long wait, is likely to lift market sentiment on the stock. Hence, we raise our target price-earnings ratio (PER) for Gadang’s construction division to 12 times, which is at the higher end of the PER trading band for small-cap construction stocks from 10 times, and roll over our valuation base year to FY2018. With that, our sum-of-parts-based TP is accordingly lifted to RM1.55 from RM1.40, implying 8.5 times to 10.3 times FY2017F to FY2019F PER. This remains undemanding compared with other small-cap construction stocks especially because we still expect the positive news flow for the sector and the company to continue. — RHB Research, March 13

This article first appeared in The Edge Financial Daily, on March 14, 2017. 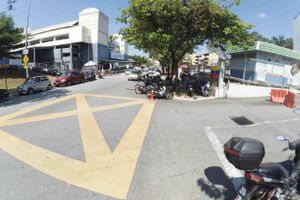