KUALA LUMPUR (April 3): Eco World International Bhd (EWI) will be submitting a 'compelling' proposal to its Singapore-listed strategic shareholder GuocoLand Ltd to seal a partnership between the two property developers.

EWI president and chief executive officer Datuk Teow Leong Seng said his team has identified certain assets owned by Guoco Group Ltd in London, and is in the midst of formulating redevelopment plans before proposing to the Hong Kong-listed group.

Guoco Group is the parent company of GuocoLand and part of the Hong Leong group.

"It is a longer term process, so it is very difficult to give a timeline. I have to reiterate there is no definitive agreement, they do not have to accept, we have to put up a compelling proposal to them," he told a press conference today.

"For now we are looking at viability, so we picked up some of these assets owned by Guoco Group in London. We will study them, bring in consultant to come out with master plans for redevelopment, and we have to engage with the council for location where the assets are located, and we have to figure out whether the planning approval can be obtained," he added.

Teow said EWI's plan for now is to redevelop these identified assets, which comprise mainly hotels in London, into mixed development projects.

"The current condition is to explore whether we can redevelop into multi-use, as in retaining the hotel, while having some residential apartments, a bit of commercial office and retail components," he said.

EWI currently has four projects in hand, of which three are located in London and one in Sydney, Australia. These projects collectively have an estimated total gross development value of £2.4 billion (about RM13.3 billion).

Teow does not appear to be concerned by the property market downturn, as he opined that the London market will remain resilient in the longer term.

"Brexit has both pros and cons, and the longer term future for UK is yet to be known because Article 50 has just been triggered. Nevertheless, it has been nine months post-Brexit, the economy is still doing very well in UK," he said.

"Of course there would be a little bit of rebalancing and restructuring, but end of the day, we must have a resilient strategy. That means our projects must not be too heavily skewed towards appealing to locals or just foreigners; it has to be balanced, we are going to maintain this 50:50 ratio," he added.

Curious how much you can borrow? Use LoanCheck to get your maximum loan eligibility from various banks, or LoanReport to get a FREE CTOS/CCRIS credit report.
Eco World International Singapore Datuk Teow Leong Seng GuocoLand Sydney
SHARE
Facebook Twitter 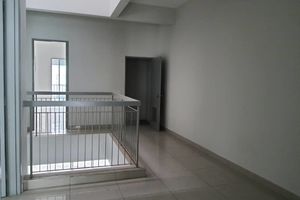