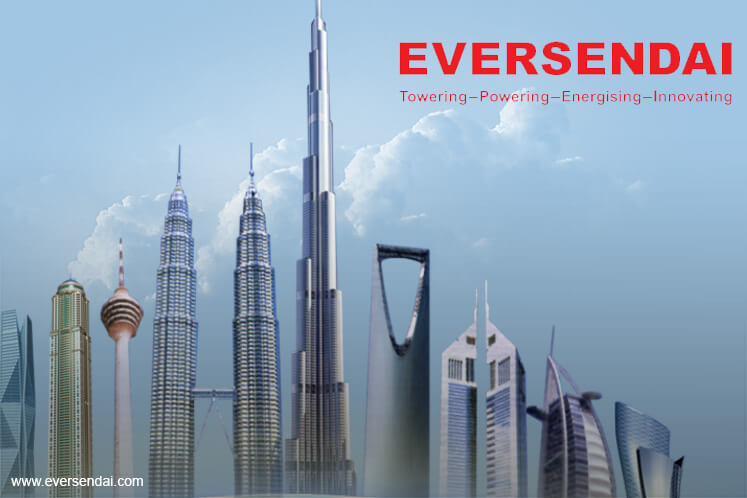 Revenue came in at RM449.32 million versus RM371.36 million a year ago, its Bursa Malaysia filing showed, on higher contributions from its structural steel and construction businesses in India, Thailand and Singapore, while it recorded lower losses from consolidation adjustment and eliminations.

"Moving forward, we are working towards expanding our presence in Singapore, United Kingdom and Australian markets. Expansion into markets with stronger currency is projected to make the bottom line stronger," said Tan Sri AK Nathan, Eversendai's executive chairman and group managing director, in a separate statement.

The bulk of these contracts are from the Middle East at 44%, while 21.8% are from India and 19.1% are from Southeast Asia. The remaining 15% are from the oil and gas sector.