Is RM2b a bridge too far? 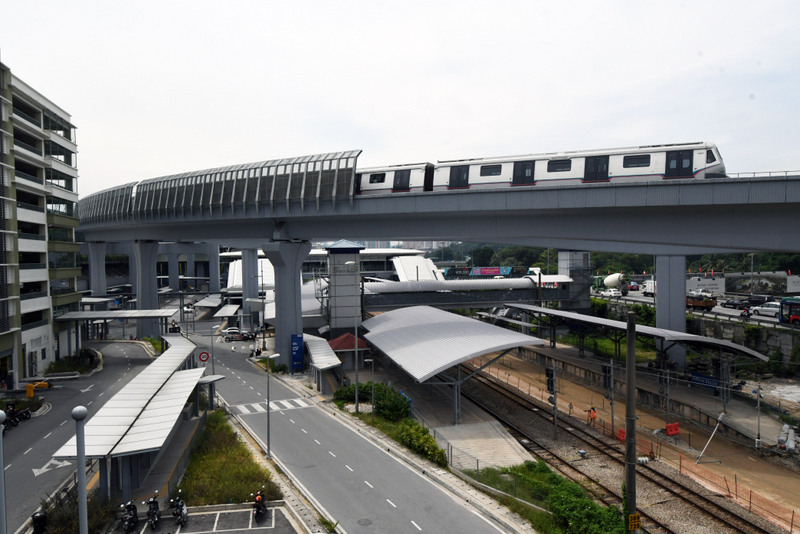 KUALA LUMPUR: The divide is around RM2 billion. MMC-Gamuda KVMRT (T) Sdn Bhd had offered to cut RM2.13 billion, but the ministry of finance (MoF) was looking at a minimum RM4.19 billion.

Following the robust reaction from the joint venture (JV) and those who would be affected by its earlier decision to take away the remaining work on the underground portion of the mass rapid transit Line 2 (MRT2) project, the Cabinet yesterday decided that an attempt be made to bridge the divide.

“They will go back to the negotiation table to resolve this,” a source told The Edge Financial Daily. “The door remains open and hopefully a fresh tender can be avoided”.

In a statement yesterday, MMC-Gamuda said it welcomes the decision by Prime Minister Tun Dr Mahathir Mohamad to review the cancellation of the MRT2 underground contract with the JV, which is equally owned by Gamuda Bhd and MMC Corp Bhd.

“MMC-Gamuda therefore leaves the matter in the good hands of the prime minister,” it added.

The JV company also stressed that it remains committed to further discussion with the MoF and to cooperate with it to reach an agreeable reduction of cost.

It also hopes that the government would invite the JV company back to the negotiation table as part of the review process.

On Tuesday, Dr Mahathir said the government would take another look at its decision to open an international tender process for the MRT2 underground work as any restructuring work could affect about 20,000 workers.

This follows an announcement by Guan Eng on Sunday that the Cabinet had decided to terminate the underground work contract of the MRT2 with MMC-Gamuda after the two parties failed to reach an agreement on the required price reduction.

Yesterday, Tony Pua, the special officer to the finance minister, wrote in an open letter that based on the study by the independent engineering consultant, Mass Rapid Transit Corp Sdn Bhd should expect total savings of between RM4.19 billion and RM5.79 billion for the estimated remaining 60% portion of underground works yet to be completed.

MMC-Gamuda had on Sept 7 offered to reduce the price by RM2.13 billion to RM14.58 billion for the underground contract from the original contract value of RM16.71 billion.

Pua said the Cabinet has opted to retender the underground work for MRT2, banking on achieving the additional RM2 billion cost savings as it is the mandate and trust the people have given to the Pakatan Harapan government to maximise savings that it could reasonably derive from the project.

“RM2 billion can pay for five hospitals or 50 schools. RM2 billion is a hell of a lot of money when I see my MoF colleagues who are struggling and scrimping to find RM50 million savings here, and RM80 million cuts there for the upcoming Budget 2019,” he said.

Pua also endorsed the government-appointed engineering consulting firm, which claims that at least RM4.19 billion taxpayers’ money could be saved out of the MRT2 underground work, by saying the firm employs more than 500 staff with a track record of having completed more than 80 projects in 24 countries outside of Malaysia.

He also revealed that MMC-Gamuda had initially agreed to, but subsequently refused to share costing data with the independent consulting engineer to justify its cost, claiming the data as “trade secrets”.

In its statement yesterday, MMC-Gamuda said it will adopt an open book approach with the appointment of an international engineering consulting firm that “possesses the necessary experience and track record in assessing tunnelling works around the world, and as such, be in the best position to re-examine where savings can be derived”.

“Our request in return for the open book approach is that our intellectual property rights and commercially sensitive information are duly respected as such by the said reviewing consultant and all reviewing parties during the review process,” it added.

A construction analyst who declined to be named told The Edge Financial Daily that the biggest loser in the ongoing tussle between MMC-Gamuda and the MoF are the two listed entities’ shareholders.

“Both MMC and Gamuda have lost more than RM2 billion in market value over the past three days. Ultimately, shareholders like Employees Provident Fund and the minorities are suffering,” he said.

Gamuda’s share price fell further yesterday, closing 31 sen or 13% lower at its all-time-low of RM2.07, valuing it at RM5.11 billion. The stock has lost RM2.81 billion in market capitalisation since Monday.

This article first appeared in The Edge Financial Daily, on Oct 11, 2018.