Gan said in a statement today that Residensi Platinum Teratai carries a GDV of RM360 million while Platinum Arena has a GDV of RM427 million.

As for Platinum Arena at Old Klang Road, Kuala Lumpur, the project will be launched by 2Q2019.

Gan said the good response to its earlier project launches this year has prompted the company to go ahead with the upcoming launches.

Besides this, PV18 Residences, which was launched in March this year, has seen almost all its units taken up.

“Despite the soft market, we see demand for rightfully priced properties, located in strategic locations surrounded by good facilities and amenities. We are confident that the property market has the appetite for the products we are planning to launch,” said Gan.

Meanwhile, Platinum Victory’s 7.4-acre lakefront commercial development, The Palette in Setapak, is being completed in phases. Tenants in parts of its retail component have started operations while Aeon Big will open its doors by the end of the year.

“The F&B area is targeted to be fully operational by 3Q2019. The company is currently in talks with various retailers to optimise tenant mix for this vibrant development,” added Gan. 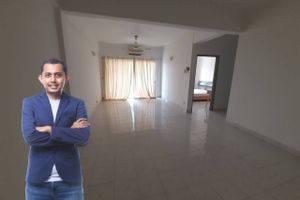