When is an ad considered misleading? After almost three years, Eva and her husband finally collected the keys to their new condominium unit. It was exciting to finally see their first home, and everything seemed fine at first, but it wasn’t long before their excitement turned to anger. Some facilities were missing, while others were incomplete, a far cry from the rendering in the project brochures that drew them to sign on the dotted line.

The disappointed newlyweds were told that a developer is not required to provide everything seen in the brochure as they are not stated in the sale and purchase agreement (SPA). The developer suggested that the couple wait until the formation of the Joint Management Body (JMB) to suggest additions or upgrades to the “missing” or incomplete facilities.

However, what they were told is not accurate.

“Pursuant to Regulation 6 HDCLR, certain particulars are to be included within the advertisement and the said advertisement has to be approved by the Controller as provided under Regulation 5 of the HDCLR,” Chur Associates managing partner Chris Tan tells EdgeProp.my. The Controller of Housing is under Jabatan Perumahan Negara (JPN) or the National Housing Department of the Housing and Local Government Ministry.

Tan adds that under Regulation 5 (3) HDCLR, any misleading statement, false representation or description of the information shall be an offence and upon conviction, is liable to a fine not exceeding RM50,000 or imprisonment not exceeding five years or both. Promises have to be fulfilled!

Meanwhile, Marcus Hwang & Co partner Normaliza Sulaiman says developers are accountable to the promises made in their marketing materials or collaterals because most of the time, they are deemed contractual terms and undertakings and are to be read together with the SPA.

“Those promises are legally-binding on developers on the basis that the purchaser relied on the contents and information contained within the material and brochure regarding the property, which induced the purchaser to buy said property.

“Failure to comply on the part of the developer constitutes a misrepresentation,” the practising lawyer tells EdgeProp.my.

Therefore, she says, developers have to fulfil promises stipulated in the advertisement even if the promised aspects are not included within the SPA. However, Chur Associates’ Tan says this alone may not give the aggrieved buyer a basis to claim for damages as it is merely a prosecutorial action to be taken against the offending developer.

“In this context, a civil suit is taken against the developer and the aggrieved buyer would have to prove misrepresentation in the collateral marketing schemes which led them to enter into the SPA.

“Hence it is not a guaranteed claim that the court shall immediately grant damages to the aggrieved buyers — they must prove it. Evidence and the context of the misrepresentation are key,” Tan states.

What about the couple’s other complaint about empty and incomplete facilities? What can you do if some common facilities in your condominium, such as the so-called gym contains no gym equipment? All the developer provides is an empty room — does that constitute the gym mentioned in the SPA? What about the empty room with no books, or even bookshelves — can the developer still call it a library?

According to Normaliza, it is the developer’s responsibility to make sure the common facilities are ready to be used straight away, when the units are handed over to buyers. “Common facilities that are provided in the 2nd Schedule of the SPA and in the Deed of Mutual Covenant (DMC) form part of the developer’s terms and undertakings. The definition of a common facility includes its purpose and that it can be used by all the residents. What is a common facility if it cannot be used for that purpose when it is built?” asks Normaliza.

“Failure on the part of the developer to equip those items render the common facilities unfit for their purpose and are deemed non-compliant to the terms of the SPA and DMC. Purchasers are entitled to take action against the developer for breach of said terms,” she says.

National House Buyers Association (HBA) legal advisor and practising lawyer Koh Kean Kang tells EdgeProp.my that it is the duty of a developer to fulfil its obligations, including to equip the common facilities to ensure it is functional. He says in situations where common facilities are not properly equipped according to those specified in the list of common facilities, aggrieved buyers can gather evidence of such entitlement(s) and request that the developer fulfil their obligations.

“If the issue could not be resolved by negotiation, the Management Corporation (MC) or JMB can act on behalf of all parcel owners to take legal action against the recalcitrant developer upon seeking appropriate legal advice,” he says.

On the other hand, Chur Associates’ Tan says unless the developer specifically commits to a feature or certain equipment to be included under the agreement and or marketing collaterals, the developer’s responsibility will be discharged so long as it complies with the applicable building standards and the functionality of the common facility has been certified by the attending architects.

What can buyers do?

In Malaysia, property developers need to obtain the Developers Licence and the Sales & Advertising Permit, or APDL, before a project is launched.

This is to ensure that the government knows what is being launched, the price and the development details to prevent consumers from being misled.

Tan notes that Subsection (3) and (4) of Section 5 of the HDCLR states that any misleading statement or false representation made by the developer in applying the licence constitutes an offence and the housing controller may refuse to grant the APDL. Furthermore, Regulation 8 of the HDCLR also prohibits the developer from stating certain information in their advertisements that could mislead consumers, including promises of free legal fees, projected rental income, panoramic views, travelling time to interesting places and other terms to which the developer cannot lay proper claim, notes Normaliza.

Interestingly, property buyers are not protected under the Consumer Protection Act 1999 (CPA).

Section 11 (3) of the CPA states that the Act does not apply to housing accommodation which comes under the Housing Development (Control and Licensing) Act 1966 (HDA).

“Section 103 of the CPA further provides that if there is a written law that provides for a mechanism to redress the house purchaser’s claim, the Consumer Claims Tribunal will not have any jurisdiction. Therefore, the purchaser cannot seek any claim under said Act. The purchaser is entitled to claims and to seek relief under the HDA,” Normaliza says.

However, Tan says the relevant Act would be under the Contracts Act 1950. While the laws are there to protect purchasers, HBA’s Koh says most purchasers are unaware of their rights to seek justice when a developer does not fulfil the promises in marketing materials.

“There has been some improvement in public awareness and developers are now more cautious in making claims or promises in marketing their projects but there are still some recalcitrant developers out there.

“Therefore it is important for buyers to do their homework prior to signing the SPA, such as checking the developer’s track record and financial standing. After all, prevention is better than cure,” he advises.

What can JPN improve on?

What more can the authorities do to prevent misleading advertisements in the market?

Koh says the regulator JPN is tasked with the duty of approving advertisements related to housing development projects, and is the first line of defence in ensuring that information on new projects are accurate.

“They must be satisfied that the representation made in the developer’s proposed advertisements are backed by sufficient documents, such as it being consistent with approved plans. In the event of doubt, developers should be requested to provide documents or an explanation to justify its representation,” said Koh.

He also urges the JPN to conduct random checks on a regular basis to ensure that only approved advertisements are being distributed to buyers.

“There are cases where marketing agents appointed by developers give away unapproved advertisements containing unsubstantiated claims. This should be stopped. Wrongdoers should be hauled up. Laws are toothless without adequate enforcement,” he points out.

Koh also suggests that JPN study the possibility of limiting the ambit of disclaimer clauses often found on advertisements, or to do away with them, in order to minimise public confusion.

“Furthermore, mandatory information in the advertisement such as the developer’s licence, and tenure of the land and other information should not be in fine print,” he says.

Koh also strongly believes that the local authorities should ensure that any application from the developer to amend approved plans should not be entertained as a matter of procedure but must be supported by the written consent of its buyers.

“Local authorities must be reminded that pursuant to the statutory SPA, no changes or deviations from the approved plans shall be made without the consent in writing from the purchasers except where the amendment is required by the appropriate authorities. It must be emphasised that buyers have signed the SPA agreeing to the approved plans set out in the SPA, and not whatever amendments are unilaterally applied by the developer subsequently,” he notes.

Looking for properties to buy or rent? With >150,000 exclusive listings, including undervalued properties, from vetted Pro Agents, you can now easily find the right property on Malaysia's leading property portal EdgeProp! You can also get free past transacted data and use our proprietary Edge Reference Price tool, to make an informed purchase.
This is so different from the brochure we saw!! Are you disappointed? What can you do?
SHARE
Facebook Twitter 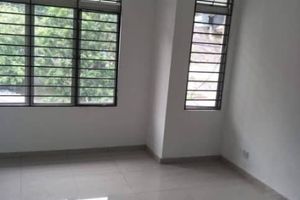 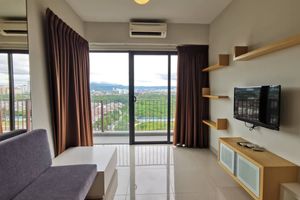 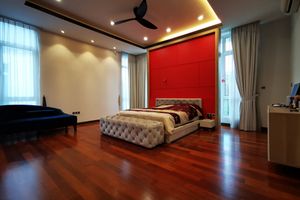 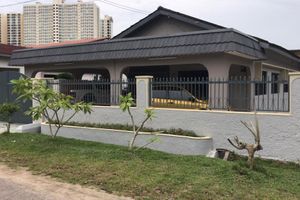 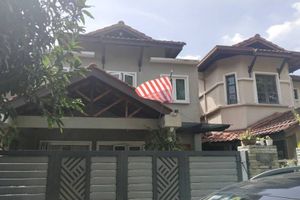 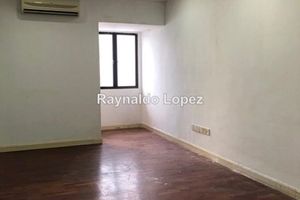 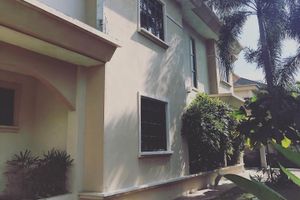 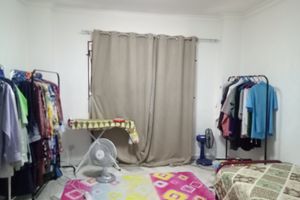 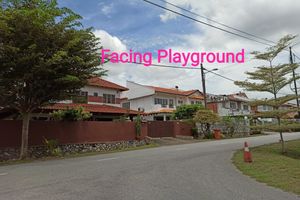