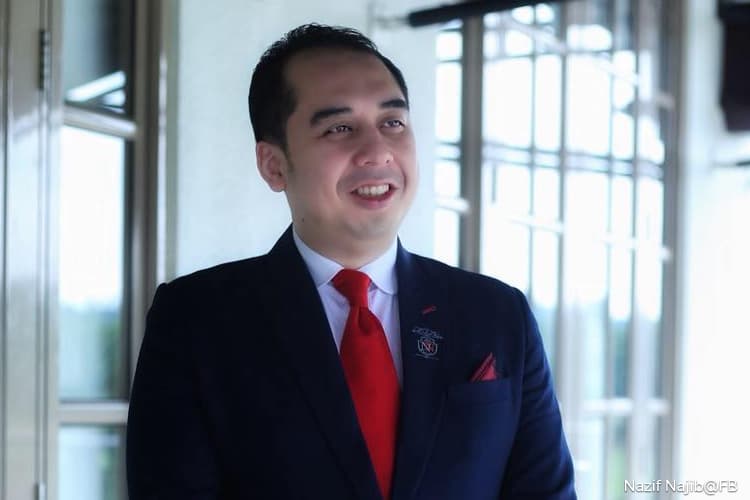 Following this, the judge directed lawyers representing Nazifuddin and IRB to file their written submissions on the stay application.

After the decision has been made, Justice Ahmad Zaidi will then set another date to deliver his decision on IRB's application for a summary judgment.

A summary judgment under Order 14 of Rules of Court 2012 is intended to enable the suing party to expedite the recovery of a debt allegedly owed, without having proceedings go through a full trial.

The development today was related by Nazifuddin's lawyers Muhammad Farhan Shafee and Wee Yeong Kang, and Nor Asmah Adam, who appeared on behalf of IRB.

It was previously reported in October last year that IRB wanted to obtain a summary judgment on the claim sought against Najib's son.

The Malaysian government filed the writ of summons and statement of claim against Nazifuddin last July 24 where it claimed he had unpaid taxes from 2011 and 2017 as stated through the assessment notice dated March 15, 2019.

It claimed in the statement of claim that Nazifuddin's failure to pay taxes for seven years which should be done within 30 days from the date of assessment notice as stipulated under Section 103 of the Income Tax Act 1967, caused an additional payment to be imposed.

The government claimed his failure to settle the amount within 60 days in accordance with the Act, and another compounded 5% increase was imposed bringing the total of RM37.6 million owed.

Looking for properties to buy or rent? With >150,000 exclusive listings, including undervalued properties, from vetted Pro Agents, you can now easily find the right property on Malaysia's leading property portal EdgeProp! You can also get free past transacted data and use our proprietary Edge Reference Price tool, to make an informed purchase.
Najib Abdul Razak Nazifuddin Najib IRB Tax Debt
SHARE
Facebook Twitter