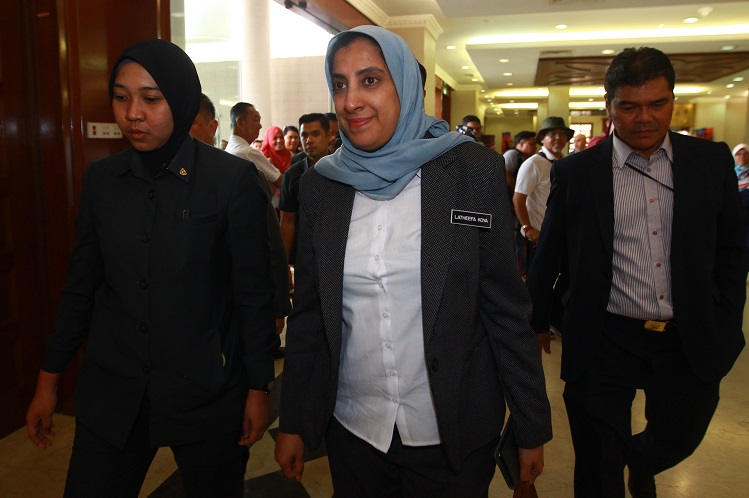 Latheefa said the revelation about Tengku Adnan's wealth during his graft trial yesterday is a "serious" matter.

"I have directed that investigations be started," she said when met at the court house today.

"Our investigations is not on the revelation of his assets but how he got the assets," she added.

This is despite Tengku Adnan telling the court today that he had made several declarations to the various prime ministers about his assets.

The accused was a deputy minister in the Prime Minister’s Department in 2001 during Tun Dr Mahathir Mohamad's first tenure as premier, and was the Culture and Tourism Minister before he was appointed as Federal Territories minister during Datuk Seri Najib Razak's time as prime minister.

She was asked to comment on the revelations made in court yesterday about the former Federal Territories minister's wealth.

Yesterday, Tengku Adnan, who is now Umno treasurer, sought to reveal his wealth during in-camera proceedings — which excludes members of the public and journalists from watching — but High Court judge Mohamed Zaini Mazlan dismissed the request, and he had to reveal his wealth in open court.

He denied not declaring the assets to the prime minister or violating the Code of Ethics for Members of the Administration.

Meanwhile, Latheefa said she has no comment about speculations that she has resigned from her post at the MACC.

“I am here for the court case. No comment on that. But I can [comment] on the investigations on Ku Nan,” she added.

Looking for properties to buy or rent? With >150,000 exclusive listings, including undervalued properties, from vetted Pro Agents, you can now easily find the right property on Malaysia's leading property portal EdgeProp! You can also get free past transacted data and use our proprietary Edge Reference Price tool, to make an informed purchase.
MACC Latheefa Koya Tengku Adnan Wealth Resignation Recording
SHARE
Facebook Twitter