Covid-19: No new red zones, 27 districts remain in the list KUALA LUMPUR (April 16): No new red zones were reported so far as of noon yesterday, according to the statistics by the Health Ministry’s Crisis Preparedness and Response Centre (CPRC).

Theedgemarkets.com reported yesterday that Muar had joined the red zone list after recording 44 cases, taking the total red zones in the country to 27. It is the fourth red zone located in Johor Bahru.

As of yesterday (April 15), Muar had two new infections, bringing the total infections in the district to 46 of the country’s total number of infections (5,072).

Meanwhile, Selangor recorded the highest number of confirmed infections with 1,316 or 26% after adding 17 new infections followed by Kuala Lumpur with 926 cases or 18.3%.

Lembah Pantai in Kuala Lumpur remains the district with the highest number of confirmed infections at 577 cases or 11.4%, while Hulu Langat has 440 cases.

Kuching continues to lead in East Malaysia with the highest number of confirmed infections, 4.8% or 245 cases, while Tawau has 79 cases and Kota Samarahan (54).

The death toll climbed to 83 after one more death was reported — a Malaysian man aged 69 who had diabetes and high blood pressure.

Looking for properties to buy or rent? With >150,000 exclusive listings, including undervalued properties, from vetted Pro Agents, you can now easily find the right property on Malaysia's leading property portal EdgeProp! You can also get free past transacted data and use our proprietary Edge Reference Price tool, to make an informed purchase.
Malaysia COVID-19 Red zones Quarantine Precaution
SHARE
Facebook Twitter 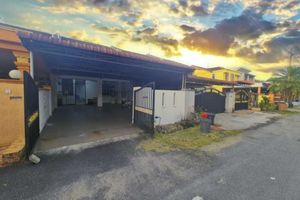 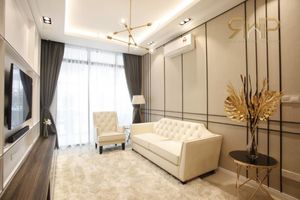