PETALING JAYA (May 28): The government is expected to bring back the Home Ownership Campaign (HOC) as part of the country’s economic recovery plan in the second half of the year.

The proposal to reintroduce the HOC was made following meetings involving the Ministry of Housing and Local Government (KPKT), the Ministry of Finance (MOF), the Real Estate and Housing Developers’ Association (Rehda) Malaysia and the Malaysian Institute of Estate Agents (MIEA), according to a property industry source.

“The government seems interested in reintroducing the HOC as the campaign had achieved good results last year. The government is expected to make an announcement in June or July,” said the source.

If implemented, he expects the length of the proposed HOC to be over a six-month period until the end of the year. However, looking at the challenging market conditions, he said it will be more viable for the government to extend the HOC to 18 months – until end of 2021.

“The announcement will most probably be made by the Prime Minister on June 5. In the meantime, we are continuing with our discussions with the government to fine-tune [the details],” he said.

Besides the HOC, Rehda has made several other proposals to stimulate the property market including a review of the Real Property Gains Tax (RPGT), lowering and standardising the minimum threshold price for foreigner property buyers and to review the loan-to-value (LTV) ratio cap for third home purchase.

Meanwhile, market researcher Dr Foo Chee Hung said the HOC could be the best option for now as it offers a platform for genuine homebuyers who are looking for good deals while helping developers to reduce their current inventories.

“With economic uncertainties caused by the Covid-19 pandemic, poor market sentiments will remain until end-2020 before markets gradually rebound in 2021. While looking at ways to encourage homeownership, the government must see how it can spur market demand while preventing house prices from rising,” said Foo, who is also MKH Bhd manager of product research & development.

However, he expects banks to have tighter lending policies and homebuyers in sectors impacted by the Covid-19 might face difficulties in getting their desired borrowing margin.

Developers who participated in HOC 2019 had offered 10% discounts but Foo said a double-digit discount this time around, if the HOC is implemented this year, “will hurt the bottomline of developers”.

In a survey conducted by Rehda, members have wished for an extension of the HOC as it provided a win-win situation for developers and genuine homebuyers.

The year-long HOC 2019 had generated a total sale of RM23.2 billion, surpassing the initial target of RM17 billion.

Selangor Rehda members achieved sales of RM16 billion from 24,000 residential transactions during HOC 2019. The figure was excluding transactions of properties priced RM300,000 and below.

Overall, many believe the HOC had contributed to the Malaysian property market’s improved performance in 2019 compared with the previous year. Transaction volume grew 4.8% to 328,647 units while transaction value grew 0.8% to RM141.40 billion. 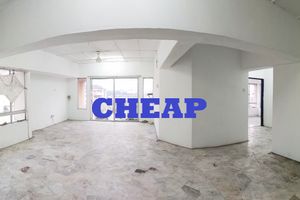