Deputy public prosecutor Julia Ibrahim, who leads the prosecution team, confirmed the date of the appeal with theedgemarkets.com.

“Yes we just got the dates yesterday and today is fixed for case management at the apex court,” she said.

Tan, who is also Joland Group of Companies chairman, initially claimed trial to a charge of bribing the former minister. However, last September, he pleaded guilty to the alternative charge of abetting Tengku Adnan — who is better known as Ku Nan — in receiving the bribe, and was fined RM1.5 million by Justice Nazlan.

Tengku Adnan then applied for Justice Nazlan to recuse himself from presiding in the trial on the grounds that he would not get a fair trial as the judge had already heard the facts of Tan's case.

However, the judge had on Sept 20 last year dismissed the former minister's application.

"The defence said that the applicant (Tengku Adnan) would be prejudiced as I presided in the conviction and sentencing of [Tan], who would be called as a prosecution witness. This argument is without basis as the court would consider the evidence based on the facts and evidence in the case. Furthermore, the accused through his lawyers could subject [Tan] to cross-examination.

"Besides this, if the matter is brought before another judge, the judge would have to consider the prosecution's case based on the same facts and evidence produced by the prosecution. Considering the circumstances, that I would be influenced to the detriment of the applicant is not sustainable and the trial should go on," ruled the judge.

Tengku Adnan appealed at the COA, which on May 15 allowed the politician to appeal on the grounds of possible bias.

This resulted in the case being transferred from Justice Nazlan to Justice Datuk Muhammad Jamil Hussin, but last week Jamil allowed a stay of the hearing pending the prosecution's appeal to the apex court.

Ku Nan, 69, had claimed trial at the High Court on Nov 15, 2018, with a charge of corruptly receiving RM1 million from Tan through a Public Bank cheque belonging to Pekan Nenas Industries Sdn Bhd that was deposited into his CIMB Bank account.

He allegedly received the sum as an inducement to approve the application of Nucleus Properties Sdn Bhd (now Paragon City Development Sdn Bhd) to increase its plot ratio in the development of Lot 228 in Jalan Semarak, Kuala Lumpur.

He also faced an alternative charge in his capacity as the then Federal Territories minister of receiving for himself RM1 million from Tan via a Public Bank cheque belonging to Pekan Nenas Industries which was deposited into his CIMB account, knowing that Tan, as a director of Nucleus Properties, had connections with his official duties.

The charge was framed under Section 165 of the Penal Code, which provides an imprisonment for up to two years, or a fine, or both, if found guilty. 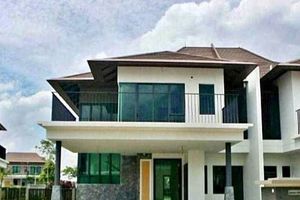 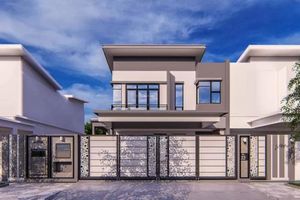 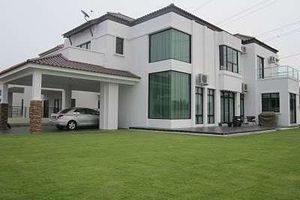