KUALA LUMPUR (Aug 5): Tan Sri Muhyiddin Yassin (pictured) has expressed Malaysia's readiness to extend any assistance needed by Lebanon after its capital was rocked by a massive explosion leaving at least 70 people dead and more than 3,000 others injured so far.

The prime minister said the government and people of Malaysia sympathise with the families of the victims killed and injured in the tragedy, and pray that they would remain strong during this difficult time.

“Malaysia extends condolences to the Lebanese people over the explosion tragedy at the Port of Beirut that shook the nation this morning,” he said in a posting on his official Facebook account.

At around midnight Malaysian time yesterday, Beirut witnessed a fire followed by a massive blast at a warehouse at the port, where explosive material was believed to have been stored.

Besides the casualties, the blast also caused widespread destruction across the city.

At the same time, Muhyiddin expressed gratitude that all Malaysians in Beirut were reported to be safe in the aftermath of the blast.

Looking for properties to buy or rent? With >150,000 exclusive listings, including undervalued properties, from vetted Pro Agents, you can now easily find the right property on Malaysia's leading property portal EdgeProp! You can also get free past transacted data and use our proprietary Edge Reference Price tool, to make an informed purchase.
Tan Sri Muhyiddin Yassin Beirut Blast Destruction
SHARE
Facebook Twitter 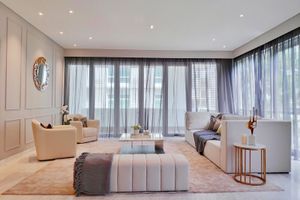