Tony Fernandes' Ayrshire estate in Scotland up for sale

Previous reports have said that Fernandes bought the property back in 2013 for £2.5 million (RM13.55 million).

Describing Fernandes as the ex-owner of the famous British soccer club Queens Park Rangers, The Sun said he “has felt the pinch of the coronavirus pandemic”, and that “as he fights to save various business ventures, his stunning Scottish pad has had to go”.

The bungalow at the estate is called Skeldon House and the tabloid reported that Fernandes has lived in the property for seven years.

According to a listing on Savills’ website, Skeldon House (about 9,000 sq ft) is a “substantial 18th century classical Georgian country house”.

Meanwhile “Castle Cottage is stone built under a slate roof and comprises sitting room, kitchen, bathroom and two bedrooms and is around 976 sq feet”.

So, there are actually three residences on the estate.

The three homes are “set in extensive natural woodland and on the banks of River Doon”.

Last month, it was reported that AirAsia Group Bhd planned to remove dozens of planes from its fleet by returning aircraft to lessors.

"We are not going to buy new planes and we are going to return as many as we can. I estimate by the end of next year we'll be flying 180 planes," Fernandes said.

AirAsia, just like many other airlines, has been hit very badly by travel restrictions due to the Covid-19 pandemic.

AirAsia now plans to diversify in an attempt to transform from a digital airline into “a comprehensive lifestyle platform for everyone”.

The app platform will offer different types of products and services under three main categories: travel, e-commerce and financial tech.

Looking for properties to buy or rent? With >150,000 exclusive listings, including undervalued properties, from vetted Pro Agents, you can now easily find the right property on Malaysia's leading property portal EdgeProp! You can also get free past transacted data and use our proprietary Edge Reference Price tool, to make an informed purchase.
Air Asia Tony Fernandes Scotland UK
SHARE
Facebook Twitter 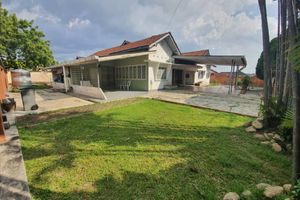 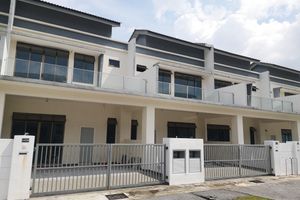