The defence argued that Najib's postings were made in response to previous statements by Zeti, although the judge said the former governor's statements did not justify the accused's response by way of the Facebook postings.

"No statements must therefore be made or issued in respect of the trial. So what the accused stated, when viewed as a whole, amounted to an attack on a prosecution witness.

"However, the prosecution is not moving this court for anything other than to issue a stern warning. The court therefore hereby issues a stern warning to the accused to not repeat the actions," said Sequerah.

He added that the court will take whatever action deemed necessary to preserve the integrity of the trial process.

Earlier, defence counsel Tan Sri Muhammad Shafee Abdullah submitted that Najib was merely responding to previous comments by Zeti on the 1MDB scandal, citing an interview she had with Euromoney published on Sept 16, 2019.

In the Euromoney article, Zeti was quoted as saying that BNM knew about 1MDB "quite early on" and that the central bank needed to know "all the risks of anything that could go wrong" in order to build resilience to any imminent financial crises.

The article also mentioned that BNM knew of 1MDB as early as 2013 and highlighted it to the finance minister at the time and that the "problem was that the minister of finance was also the prime minister".

Saying this was an attack against his client, Shafee also pointed to another article published by The Edge Markets dated July 3, 2018 entitled "Zeti: Najib asked me to say he did no wrong over RM2.6b remittance, but I refused", based on a statement issued by the former governor.

He said the July 2018 statement by Zeti was "made very calculatedly, one day before Datuk Seri Najib was charged" in the SRC International Sdn Bhd trial.

"She was conducting the trial of Datuk Seri Najib in public, not in court. The attorney-general did not pull her out. Not even a whisper that she [was] misconducting herself," said the lawyer.

He added that this justified Najib's reply in the public domain.

On the other hand, Deputy Public Prosecutor Ahmad Akram Gharib said that nothing in the Euromoney article amounted to a personal attack against Najib, and that Zeti was merely stating facts.

On the July 2018 article on The Edge Markets, Akram said Zeti's statement was made in response to Najib's allegations against her.

"Number one, she was responding to an attack. Datuk Seri Najib Razak started it and she was just defending herself. Number two, this happened before the SRC trial and way before the 1MDB trial, which started in September 2018.

"She was not even listed as a witness then. She was a potential witness at the time, but nothing was set yet," argued Akram.

He also pointed out that the defence could have called Zeti in as a witness during the SRC trial to testify, but it decided not to.

Following Sequerah's ruling, the defence indicated that it would not be appealing against the decision.

In Najib's posting, he demanded Zeti to answer allegations made by blogger Raja Petra Kamarudin that her family had supposedly received payment from fugitive businessman Jho Low that purportedly came from 1MDB funds.

Zeti subsequently slammed the claims as false and malicious.

The former premier is facing four charges of abuse of power for allegedly using his position as prime minister, finance minister and 1MDB board of advisers chairman to receive gratification worth RM2.28 billion in the 1MDB-Tanore trial.

He was convicted and sentenced to 12 years' jail and fined RM210 million in an earlier trial involving SRC.

Looking for properties to buy or rent? With >150,000 exclusive listings, including undervalued properties, from vetted Pro Agents, you can now easily find the right property on Malaysia's leading property portal EdgeProp! You can also get free past transacted data and use our proprietary Edge Reference Price tool, to make an informed purchase.
Najib Razak Zeti Akhtar Aziz 1MDB-Tanore trial
SHARE
Facebook Twitter 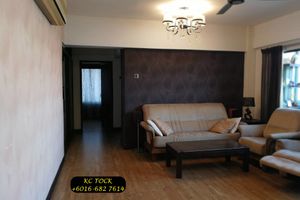 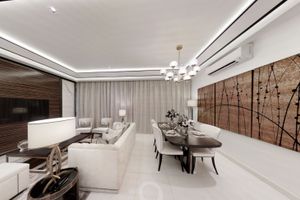