PETALING JAYA (March 6): US-based Carlyle Group and Luxembourg-based CVC Capital Partners “are believed to be the front runners in the race to acquire Trendcell Sdn Bhd, the owner and operator of supermarket chain Jaya Grocer,” sources told The Edge Malaysia in a report this week.

The two private equity companies “are negotiating to buy a part of, a majority, or the entire supermarket business of Trendcell”, wrote the report.

The report also stated that if the deal is made, “it will mark the exit of Asean Industrial Growth Fund (AIGF), which purchased a 45% stake in Trendcell in May 2016 for a reported RM300 million”.

“CVC and Carlyle are bidding for control at RM1.1 billion,” said the source.

The Edge also “learnt” that CVC and Carlyle were picked over “at least two other offers, from Malaysian PE fund Creador and Japanese retailer AEON Co Ltd”.

In September 2020, the weekly reported that Trendcell “was possibly looking to make an exit”. Bloomberg reported later that the deal would be worth more than US$200 million.

Founded in 2007 by the Teng family, Jaya Grocer was set up with the aim of establishing a premium supermarket brand.

The first Jaya Grocer outlet was opened in Jaya 33 in Petaling Jaya, Selangor.

Looking for properties to buy or rent? With >150,000 exclusive listings, including undervalued properties, from vetted Pro Agents, you can now easily find the right property on Malaysia's leading property portal EdgeProp! You can also get free past transacted data and use our proprietary Edge Reference Price tool, to make an informed purchase.
Jaya Grocer Carlyle Group CVC Capital AIGF
SHARE
Facebook Twitter 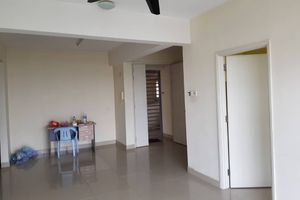