Remember the long-running television hit “Dynasty” which aired in the 1980s? Joan Collins, the legendary British actress and star who played Alexis Colby in the series is putting up her Manhattan apartment for sale at US$2.1 million (RM8.5 million).

According to the United States-based property listing portal TopTenRealEstateDeals.com, Collins, who is said to have to travel around the globe for filming, thought it would be convenient to have glamorous homes in locations where they spent the most time.

She had a media interview last year expressing her interest to still work despite being 87 years old, because how else would she be able to support four homes?

However, Collins decided to depart with her Hollywood home in 2017 and is subsequently letting this Manhattan apartment go as well. The portal claims that she has been living in London but summers at her home in Saint-Tropez in the South of France and spends time on her yacht in the harbour below.

The apartment located in Dorchester in Midtown Manhattan is a combination of three units in a white-glove co-op only a few blocks to Central Park, fine dining and shops.

The home was purchased by Collins and fifth-husband Percy Gibson back in 2002 when they got married. Since then, they had put it on the market a couple of times, had offers and then took it off, because for a while, they thought they might get back to New York more often. However, since that has not come to pass, they have taken the plunge for good this time. The apartment is described to be open, airy and sunny with its many windows. One of Collins’ favourite things about the condo is its 16 closets. Built in 1957, there are two master suites in separate wings and a third guest bedroom.

Collins started out as a child actor whose father was a talent agent managing such stars as Tom Jones and the Beatles. She began her formal training at age 16 at London’s Royal Academy of Dramatic Art, preparing her technically for the many varied parts she was to play in her future.

Although she was cast in many memorable leads in both film and television, it was in the long-running, television night-time soap opera, “Dynasty”, where Collins became a US household name.

The series ran for nine years, and was the No 1 series in the US in 1985. Excelling in parts as the bad-girl protagonist, Collins, with her sultry dark beauty, was often referred to as one of the most beautiful women in the world.

In 2015, Queen Elizabeth II named Collins a dame, the female equivalent of a knight, in recognition of her charitable work.

This story first appeared in the EdgeProp.my E-weekly on March 12, 2021. You can access back issues here.

Looking for properties to buy or rent? With >150,000 exclusive listings, including undervalued properties, from vetted Pro Agents, you can now easily find the right property on Malaysia's leading property portal EdgeProp! You can also get free past transacted data and use our proprietary Edge Reference Price tool, to make an informed purchase.
Manhattan Apartment Joan Collins British
SHARE
Facebook Twitter 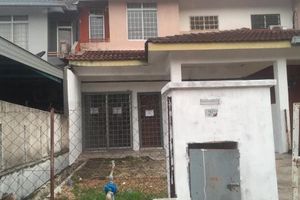 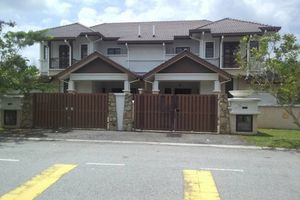