The suit was filed in the High Court by Ahmad Zaki Resources Bhd's unit, Ahmad Zaki Sdn Bhd (AZSB), which had awarded the sub-contract to EPB in 2016. It involves the relocation of telecommunication works to facilitate the construction of a viaduct guideway from Persiaran Dagang in Bandar Sri Damansara to Jinjang.

"EPB failed to have proper work planning, allocation of resources and manpower, resulting in the failure to meet the completion date set out in the contract," UEM Edgenta said, citing the writ and statement of claim received yesterday.

AZSB is seeking RM23.75 million as liquidated and ascertained damages, added UEM Edgenta in a filing with Bursa Malaysia.

Other reliefs sought by AZSB includes RM1.85 million as costs difference incurred by the company in engaging a third-party replacement sub-contractor, and RM28,300 as costs for absenteeism/non-conformances by EPB.

"Save for the amount of damages claimed by AZSB together with cost, interest, and other financial relief, the suit is not expected to have other material financial and operational impact to the group," said UEM Edgenta.

“EPB will robustly defend this civil suit and is currently seeking advice from its solicitors," the group said, adding that the suit is fixed for case management on April 27. 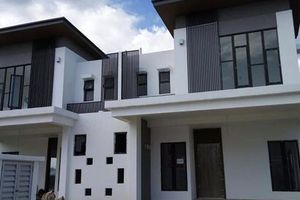