Bill and Melinda Gates have ended their 27-year marriage, the couple announced on May 3, 2021 via Twitter.

Following the divorce, many may wonder how their assets, including their US$130 million (RM535 million) mansion in Medina, Washington, are divided. According to Forbes, the Microsoft Corp co-founder’s net worth is around US$130bil (RM535 billion).

In addition to 242,000 acres of farmland, the couple own numerous properties across the country, including homes in Washington, California, Montana and Florida. One of their most impressive estates is the 20-room family home named “Xanadu 2.0,” after the fictional estate in the classic film “Citizen Kane” — overlooks Lake Washington and has views of the Olympic Mountains.

The mansion took seven years to build, cost $60 million and boasted 20,000 sq ft of living space, including a 20-seat private theater, a 60-foot-long indoor pool with underwater speakers and a multitude of wall-mounted, video screens hooked up to miles of hidden fiber-optic cable, according to the Washington Post in 1997 when the mansion just completed.

For added privacy, Bill Gates later spent more than $14 million on 11 properties — including nine houses — to create a buffer around the five-acre estate, the Chicago Tribune reported in 2004. 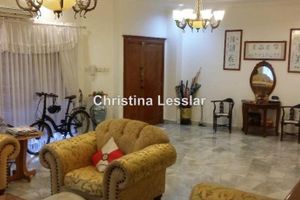