The suit was filed at the High Court here on May 6. Shafee is former premier Datuk Seri Najib Razak's lead counsel in several of his present cases.

However, for the year 2011, the statement says an amount of RM186,965.48 was deducted from the said amount owed resulting in less assessment for that year.

As Shafee was said not to have paid the amount within 30 days of the notice, a 10% interest was charged to the said amounts and an additional 5% interest was further imposed after he allegedly failed to pay within 60 days after that.

As a result, IRB says the amount the senior lawyer is said to have owed the government is in excess of RM9.41 million.

Hence, it is seeking that amount and a further 5% interest from the date of judgement and costs.

Besides this, the senior counsel has been slapped with two counts of money laundering for accepting cheques worth RM4.3 million on Sept 13, 2013, and another cheque for RM5.2 million on Feb 17, 2014 from Najib, and another two charges of giving false statement to IRB, for which he had claimed trial.

His trial has yet to commence.

Besides this, the government through the IRB had also sought taxes of RM1.69 billion from Najib, his children Datuk Mohd Nazifuddin Najib, Datuk Mohd Nizar Najib and Nooryana Najwa Najib.

Only Nooryana Najwa managed to set aside the notice, while the IRB has obtained summary judgment against her father, along with Nazifuddin and Nazir.

Curious how much you can borrow? Use LoanCheck to get your maximum loan eligibility from various banks, or LoanReport to get a FREE CTOS/CCRIS credit report.
Inland Revenue Board IRB Muhammad Shafee Abdullah Najib Razak
SHARE
Facebook Twitter 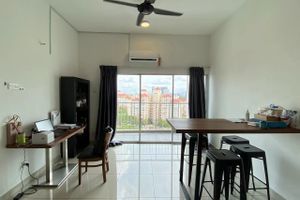