KUALA LUMPUR (July 14): 1Malaysia Development Bhd (1MDB) and its subsidiaries have amended their writ and filed a statement of claim to seek a total of US$3.7837 billion against Jho Low (pictured), his two siblings, parents and associate Eric Tan Kim Loong.

This is compared to the original writ filed last May 7, where the companies initially sought a claim of US$1.402 billion against Jho Low — whose real name is Low Taek Jho — his father Tan Sri Larry Low Hock Peng, younger sister May Lin and Tan as the original defendants.

The new court document was filed by law firm Skrine at the High Court last week on July 6.

theedgemarkets.com found the amended writ and the 48-page statement of claim from a file search, which alleged that the defendants were involved in multiple frauds involving 1MDB and its subsidiaries.

The fund and its subsidiaries were defrauded of US$7.771 billion in total by a group of individuals, including former prime minister Datuk Seri Najib himself, who were said to have facilitated “a large-scale and long-term fraud”.

“This resulted in billions of ringgit being fraudulently misappropriated and diverted into privately controlled accounts for the benefit of various fraudsters including all the defendants. In effecting the said fraud, multiple breaches of trust and/or fiduciary duties were allegedly committed by Najib, members of the board of directors and senior management of the companies.

“The funds and assets of the companies were transferred to all six defendants and were misappropriated, with their knowledge, in breach of trust and fiduciary duty,” the statement said.

Meanwhile, US$3.5 million was received by May Lin, US$27.5 million by Taek Szen whereas US$1.695 million worth of jewellery was obtained by Goh.

The rest were alleged to have received the monies and jewellery between 2009 and 2014.

The statement of claim said detailed investigations could only be conducted after Najib and the Barisan Nasional coalition led by him were defeated at the 14th general election in May 2018.

The companies also allege that the former premier had tried to cover up the 1MDB matters by removing the attorney-general and deputy prime minister.

Moreover, as most of the documents were destroyed, investigators had to painstakingly piece the details together.

The court documents showed that there are four phases where the funds were misappropriated — namely the Goodstar phase (between 2009 and 2011), the Aabar-British Virgin Island (BVI) stage that began in 2012, the Tanore phase in 2013 and the Options Buyback phase in 2014.

They further claimed that all six defendants improperly received the said funds from 1MDB and its subsidiaries.

1MDB and subsidiaries demand return of funds plus damages

The plaintiffs are claiming unjust enrichment in the receipt of the said funds, fraudulent misappropriation, constructive trust, and conspiracy against all the defendants to the 1MDB and its subsidiaries funds.

Following that, they are seeking a total of US$3.7837 billion from all the defendants of which they are seeking US$660.75 million from Jho Low alone, or for a court order for the disgorgement of all receipt of the said profits from the said funds, general, aggravated and punitive damages to be assessed by the court.

In addition, they also sought a sum of US$2.136 billion from both Jho Low and Tan, an order for the disgorgement of profits from the said funds along with general, aggravated and punitive damages to be assessed by the court.

Furthermore, the companies are also seeking US$324.75 million from both Jho Low and his father Hock Peng, a similar order for the disgorgement of profits from the said funds, along with general, aggravated and punitive damages from them.

Besides this, 1MGIL is seeking another US$629.6 million jointly from Hock Peng, Jho Low and Tan, along with a similar order for the disgorgement of profits from the said funds along with general, aggravated and punitive damages.

They are also seeking another sum of US$3.5 million from both May Lin and Jho Low, and similar orders for aggravated, general and punitive damages against them.

Moreover, 1MGIL is also seeking US$27.5 million from Taek Szen, Jho Low and Tan, and similar orders for them to disgorge profits from the funds, along with general, aggravated and punitive damages.

The court documents also stated that it is seeking US$1.695 million from Goh, Jho Low and Tan following the purchase of the said jewellery and whatever secret profits or the disgorgement of profits from the said funds.

Case management was done before High Court deputy registrar Nor Afidah Idris last Monday (July 12). Skrine's counsel Siva Kumar Kanagasabai told theedgemarkets.com that they will try to serve the amended writ to all defendants, failing which they may have to apply for substitute service.

A further case management had been fixed for Aug 12.

Curious how much you can borrow? Use LoanCheck to get your maximum loan eligibility from various banks, or LoanReport to get a FREE CTOS/CCRIS credit report.
1MDB Jho Low Eric Tan Kim Loong Skrine High Court
SHARE
Facebook Twitter 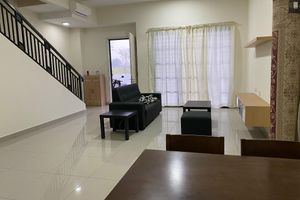 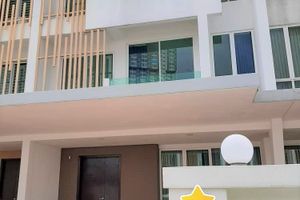 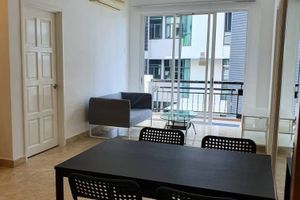