This comes after opposition leader Datuk Seri Anwar Ibrahim proposed a motion stating that the Dewan Rakyat has lost confidence in Tan Sri Muhyiddin Yassin and that he should resign as the prime minister immediately.

Ismail, who is also chief whip for the government, said he took note of today’s statement from Istana Negara stating that the Yang di-Pertuan Agong has not given consent to the supposed revocation of emergency ordinances by the Cabinet on July 21.

“The political situation in the country today is unstable and could affect the efforts to resolve the economic conundrum and to combat the Covid-19 pandemic.

“As such, I hope the rakyat will stay calm in facing the latest situation and let us all pray so that the political conundrum ends as soon as possible,” Ismail Sabri said.

Umno, part of the Perikatan Nasional ruling coalition, had claimed to have retracted its support for the coalition during the Umno Supreme Council working committee meeting on July 7. However, this decision has not been tested in the Dewan Rakyat.

The government’s action also came under question after the palace statement stated that de-facto Law Minister Datuk Seri Takiyuddin Hassan had confused the Parliament on the matter surrounding the emergency ordinances revocation, adding that the ordinances were supposed to be debated in the Dewan Rakyat.

The Dewan Rakyat currently has 220 sitting MPs, with the remaining two seats vacant after the MPs passed away. 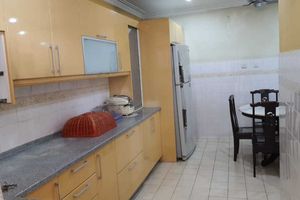