GUANGXI (Aug 3): A 13-storey serviced apartment building in Guangxi, China has recently opened with high-tech facilities and full board meal plan for the guests – more than 10,000 swines.

Also widely known as “hog hotel”, more than 10,000 pigs are kept in this building with restricted access, security cameras, in-house veterinary services and prepared meals all to keep germs and viruses out from the main source of meat in China – pork. Prior to the Covid-19 pandemic, African swine fever had wiped out half of the nation’s hogs.

The builders of the building are Muyuan Foods and New Hope Group. They were emulating the strict controls major suppliers in other countries, such as Europe and US, have used to prevent outbreaks of the devastating disease.

The UK based meat director at consultant Gira, Rupert Claxton, who has been providing advice to farmers and businesses for two decades, told Bloomberg that China is copying best-practices to close its biosecurity gap.

According to the report, pig production is dominated by bigger farms in developed countries such as US, Denmark and Netherlands, which have among the best biosecurity standards globally and never reported a single African swine fever outbreak in recent years. 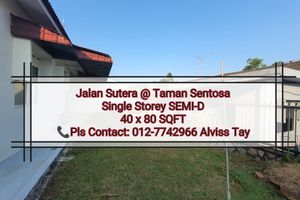