For all five JV projects, TAFI’s wholly-owned subsidiary Gerak Mahir Sdn Bhd (GMSB) will be bearing the cost of the development, while the JV partners will be providing the project land, the group said in a statement to Bursa Malaysia.

The total consideration will be split 50:50 between GMSB and the respective JV partners, said TAFI.

Of the JV developments, the venture with Jaringan Fajar Sdn Bhd (JFSB) has the highest estimated GDV of RM177.8 million. It involves jointly developing semi-detached houses on a land measuring 61.76 acres (about 25 hectares) in Bukit Pelindung, Kuantan.

The smallest project by GDV is a JV with Kotamas Development (M) Sdn Bhd, estimated to be RM31.3 million. This involves the development of terrace houses and shops on 32.5 acres of land in Mukim Kuala Kuantan.

In today’s statement, TAFI group chief executive officer (CEO) Datuk Seri Wong Sze Chien said revenue from the group's property development segment is expected to start coming in from 2022 from the Habu project with a GDV of RM390 million.

Meanwhile, TAFI today reported its financial performance for the second quarter ended June 30, 2021 (2QFY21), where it narrowed its net loss to RM744,000 from RM1.31 million a year ago, as the group saw higher export sales of furniture.

“Despite the higher shipping cost and operation lockdowns, furniture orders remain on track from overseas markets for the TAFI group to deliver a profit for the financial year ending Dec 31, 2021 (FY21),” he said.

The group also said that local market retail and contract sales for its furniture segment are increasing and expected to contribute a significant portion of the group’s revenue due to the tendering of government and non-government furniture contracts as well as through its strategic partnerships with Signature Group and OMG Free Reno Sdn Bhd.

Curious how much you can borrow? Use LoanCheck to get your maximum loan eligibility from various banks, or LoanReport to get a FREE CTOS/CCRIS credit report.
Tafi Industries Pahang
SHARE
Facebook Twitter 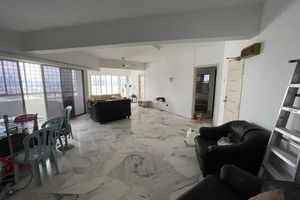