KUALA LUMPUR (Sept 29): Former deputy finance minister and Pontian Member of Parliament (MP) Datuk Seri Ahmad Maslan (pictured) was on Wednesday acquitted of charges of money laundering and giving a false statement against him after he agreed to pay a compound of RM1.1 million.

Justice Ahmad Shahrir in his decision to grant the acquittal said the learned deputy public prosecutor (DPP) applied not to continue prosecuting the accused, and he confirmed that Ahmad would not be made to face the same charges.

"This stems from the fact that the accused has accepted the offer of a compound and duly paid it. I hereby order the accused to be acquitted of the two charges and the hearing dates are vacated," the judge said.

Ahmad's lawyers from Messrs Shahrul Hamidi and Haziq said the acquittal is not an admission of guilt but a settlement through the payment of the compound in a bid to resolve the matter.

“The prosecution also informed the court that it would not proceed with the charges. For everyone's information, this settlement is not a new process as it took a year before this was accepted and recorded by the court on Wednesday.

“A series of representations were sent to the Attorney-General's Chambers (AGC) as widely reported. The process to settle is a result of a series of applications, discussions, mediation between the parties and this finally became a reality when it was recorded after agreed to by all parties,” the firm said in a statement.

Wednesday was initially fixed for case management of the matter as trial dates were fixed for June next year. However, DPP Mohd Mukhzany Fariz Mohd Mokhtar informed the court of the discharge of the two charges after the politician agreed to pay the compound on Tuesday.

Ahmad was first charged on Jan 20 last year in the Sessions Court under Section 4(1) and Section 32(8) of the Anti-Money Laundering, Anti-Terrorism Financing and Proceeds of Unlawful Activity Act 2001, where he received a sum of RM2 million from former prime minister Datuk Seri Najib Razak, which was said to be from 1Malaysia Development Bhd (1MDB).

Ahmad, who was also charged with giving a false statement to the Malaysian Anti Corruption Commission (MACC), claimed trial to the charges.

His case was then transferred to the High Court and the defence also wrote to the Election Commission (EC) to clarify his status as an MP and his qualification to contest as stipulated under Article 48A (1) (e) of the Federal Constitution over the issue should the compound be paid.

“It was clear that our client was prepared to face a trial to prove his innocence but at the same time he wanted to find a way to resolve the matter to create a win-win situation.

“The EC responded positively on May 5, 2021 after this was referred to the AGC that payment of the compound would not result in his disqualification as an MP. This led to his evaluation to pay it as a good settlement,” the firm added.

The defence, the firm said, applied to transfer the case to the High Court and this was allowed by Justice Datuk Collin Lawrence Sequerah after noting that there were similar cases.

It added that Ahmad had given his full commitment to the case and the investigation process.

“This has nothing to do with any political or external factors, and does not involve any people or the investigative or the prosecuting agency. The settlement is a win-win situation for all,” it said, adding that Ahmad had fulfilled his commitment to resolving the matter by paying the compound as agreed with the loan given by his friends who supported him.

The firm hopes the enactment or guidelines on political financing would help resolve the situation.

Ahmad is the second individual who has paid a compound to be acquitted of money laundering charges in relation to funds allegedly from 1MDB.

In July, Umno-linked lawyer Datuk Wira Mohd Hafarizam Harun was also acquitted of money laundering by paying a compound of RM590,587.26 after his firm was said to have received RM15 million from Najib, which was to be transferred to the former premier's media adviser Paul Stadlen.

The charges against Stadlen were also dropped after he agreed to return RM7.192 million to the MACC.

Looking for properties to buy or rent? With >150,000 exclusive listings, including undervalued properties, from vetted Pro Agents, you can now easily find the right property on Malaysia's leading property portal EdgeProp! You can also get free past transacted data and use our proprietary Edge Reference Price tool, to make an informed purchase.
Ahmad Maslan Money laundering Acquittal Compound
SHARE
Facebook Twitter 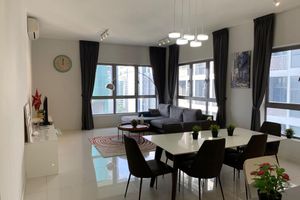 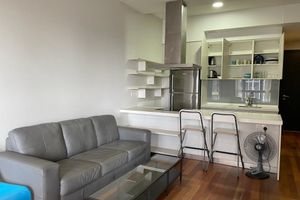