Abandoned projects: When will preventive action be taken?

However, the data on the Housing and Local Government ministry (KPKT)’s website last week stated otherwise. A total of 198 abandoned private housing projects were recorded in Peninsular Malaysia. Some were as old as 1997 whilst the new ones were declared by the minister as “abandoned” as recently as Nov 6, 2019.

You may want to check out “Senarai pemaju projek perumahan swasta terbengkalai sehingga 31hb Ogos 2021” under the KPKT website at www.kpkt.gov.my. This list does not even include abandoned projects by the government or its agencies.

The question is, why the vast disparity? Did someone play down the figures or was it a genuine mistake?

It should be pointed out that these statistics did not even include those “not declared” by the minister which are still left idle under the categories of “projek sakit” (sick projects) and “projek lewat” (delayed projects) that are nearly thrice the figures of abandoned ones.

Stories of developers falling “problematic” and becoming incapable of continuing with their housing projects are not something new.

The grave injustice to innocent house buyers is to end up being victims of abandoned housing projects. It is a traumatic experience to have placed your entire savings to own a home, only to discover the house will never get completed, and worse, you still have to service the bank loan.

Frankly speaking, there is no solution to housing project abandonment. We just have to prevent it from happening. Could pre-emptive measures be adopted and enforcement organised to avoid future abandonments?

Although the majority of developers have fulfilled their delivery promises to house buyers, there are still some “bad apples” that have reneged on their ends of the bargains when they abandon projects.

There are tens of thousands of hard luck house buyers who are facing these failed dreams. They have bought into housing projects that are subsequently abandoned by the developers.

Not only do house buyers suffer. The banks and the government also get the sparks. The devastating effects are as follows:

1 The house buyer still owes the bank the amount that had been drawn down and paid to the rogue developer.

2 The house buyer has to continue to service the partially drawn down housing loan or risk being blacklisted by Bank Negara Malaysia and the banking system of checks.

3 If blacklisted, the borrower’s possibility of taking another loan is zero

4 The buyer has to continue paying for his/her rented house because the dream house he/she has bought has turned into a nightmare.

5 The government faces the wrath of victims of abandoned projects for allowing such a hazardous and nonsensical system to exist and for being unable to help them. (Remember the sale and purchase agreement is a government statutory form where not a single word may be altered by either buyer or vendor.)

6 The bridging bank suffers in that it has to hold collaterals (the parcels of land on which the houses are built) that have become fragmented with multiple charge holders (the end-financing banks). It becomes virtually impossible to cash out to recover its exposure.

7 The end-financing bank suffers in that the house buyer does not get his/her house and is therefore not likely to be able to service his/her housing loan. Worse still, the uncompleted house has zero cashable value.

8 The government also faces the angry Malaysian rakyat for using so much of taxpayers’ money in attempts to revive some of these abandoned projects, which are actually business failures. It creates a situation of “profits privatised, losses nationalised”. A system that keeps buyers in anxiety

Under the present system of sell-then-build, for house buyers to get the houses they have bought, the following conditions (totally beyond their control) must be met:

1 The developer is a bona fide one.

3 The developer is professional and honest, and attempts (through good administrative sense) its best to complete the project.

4 The developer does not have other problematic business ventures whereby the money collected from house buyers may be diverted to solve its other problems.

5 They enjoy good fortune and their project is successfully completed.

6 There is no drastic economic downturn.

The sad truth is that the non-fulfillment of some or any one of the above will spell trouble for the unfortunate buyers involved. This is what tens of thousands of buyers have found out, albeit too late! Together with their dependents, we are looking at hundreds of thousands who continue to suffer in silence.

How do we expect those who are directly facing such situations to stomach them whilst those developers go scot-free? And yet we pride ourselves as a caring society with a caring government!

An average working person who buys a house does not have the faintest intention and expectations to be involved in any form of litigation or to be forced to seek remedy from the Housing Tribunal and the courts of law to enforce his/her legitimate rights.

Buying a house is to the average man, the most precious investment he/she can make. It is indeed very cruel and unjustifiable when such a noble intention turns into a living nightmare.

And this is the key reason the government has to enact laws in its purported attempt to “protect” house buyers. Yet looking at the number of abandoned projects and the number of involved house buyers who are suffering various degrees of financial hardship, we surmise that no amount of legislation would totally eradicate such problems propagated by wayward developers. The building industry is just like any other business and is not excluded from business risks.

Unfortunately, no amount of legislation can guarantee the success of any housing project; or, for that matter, any business venture. And since the success or failure of any housing project cannot be guaranteed by any party, isn’t it only fair for the people to expect the government to institute a system that totally, or to a large extent, insulates house buyers from such business risks and uncertainties?

KPKT equipped but not acting

Today, due to the prevailing system in the housing industry, house buyers are facing serious risks when they make purchases. Indeed, even car buyers have more protection than house buyers. Has anyone ever heard of a person who bought a car and never got the car?

Therefore, now, more than ever, we need everyone in Malaysia, whether they be political leaders, legislators, government servants, housing developers or the corporate world to practise good governance and moral responsibilities.

This is of paramount importance, in order that the interests of the present house buyers, their children and their children’s children are adequately safeguarded. We have had enough of the nonsense of abandoned housing projects.

But what has gone wrong? Why are abandoned private housing projects still littering the skyline of the nation, both in the Peninsula and Sabah and Sarawak? This doesn’t even take into account the abandoned public projects both at federal and state levels.

When will the not toothless but fanged tiger awake from its slumber and pounce on its prey to strike some fear into those who try messing with it?

This story first appeared in the EdgeProp.my E-weekly on Oct 22, 2021. You can access back issues here.

Looking for properties to buy or rent? With >150,000 exclusive listings, including undervalued properties, from vetted Pro Agents, you can now easily find the right property on Malaysia's leading property portal EdgeProp! You can also get free past transacted data and use our proprietary Edge Reference Price tool, to make an informed purchase.
Reezal Merican Abandoned housing Projects KPKT
SHARE
Facebook Twitter 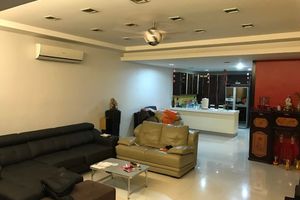 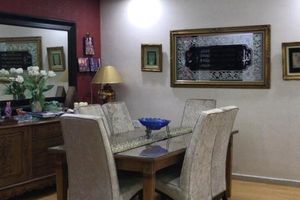 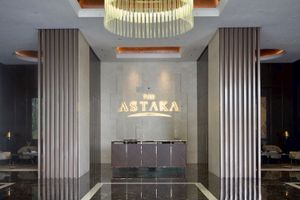 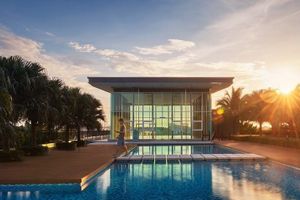