JOHOR BAHRU (May 5): The East Coast Rail Link (ECRL) project is expected to solve traffic congestion faced by road users especially those heading to the east coast during the festive season, once completed by the end of 2026.

Transport Minister Datuk Seri Dr Wee Ka Siong said the project would also help reduce the travelling time between the east and west coasts of the peninsula, from more than seven hours to around four hours.

“...this project will help the people in the region,” he told reporters when met at the Aidilfitri Open House of Johor Menteri Besar Datuk Onn Hafiz Ghazi in Saujana, here on Tuesday.

Meanwhile, Wee said the situation on almost all major roads nationwide was under control despite the high volume of vehicles in most States.

He said apart from banning heavy vehicles from entering the main and federal roads, the situation was also contributed by the provision of free tolls and discounts as well as the road safety campaigns conducted by the government. 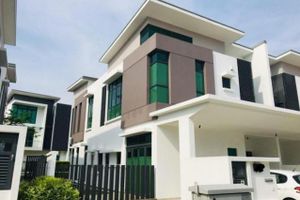