KUALA LUMPUR (May 27): YTL Corp Bhd reported a net profit of RM414.61 million for its third quarter ended March 31, 2022 (3QFY22), over 18 times the RM22.43 million it posted in the same quarter a year ago, mainly due to a one-off gain from the disposal of its investment in ElectraNet Pty.

The group's revenue jumped to RM6.17 billion from RM4.22 billion, its bourse filing showed. Earnings per share improved to 3.78 sen per share, from 0.21 sen per share.

The disposal of 33.5% stake in Australia's ElectraNet for A$1.03 billion (about RM3.06 billion) was announced by its power arm YTL Power International Bhd in February, and completed in March.

The transaction lifted its profit before tax (PBT) under its segment of "management services and others" to RM794.36 million in 3QFY22, as opposed to a loss before tax (LBT) of RM67.18 million previously.

At the same time, its hotels segment narrowed its LBT to RM32.36 million from RM60.48 million with an increase in revenue, following improvements in the performance of its hotels and resorts after the easing of movement restrictions in the United Kingdom and Malaysia.

Its remaining businesses of construction, cement and building materials, and utilities, however, saw lowered PBTs, while its property investment and development business recorded higher losses.

Property investment and development's LBT, meanwhile, expanded to RM39.01 million from RM15.58 million in the absence of unrealised foreign exchange gain recorded by YTL Land and Development Bhd and a fair value loss on unbilled lease income. Its utilities business, meanwhile, saw a 28% drop in PBT to RM132.05 million from RM185.64 million, dragged mainly by its water and sewerage division that experienced seasonality impacts and lower project revenues at its telecommunications division, while its power generation division recorded no revenue on the expiry of the extended power purchase agreement for the Paka Power Station.

For the nine months ended March 31, YTL Corp's net profit jumped to RM521.87 million from RM39.82 million, as revenue rose 39.3% to RM18.09 billion from RM12.99 billion, again bolstered by the disposal of the group’s investment in ElectraNet that was completed in March 2022.

Yeoh noted that the group’s earnings before interest, tax, depreciation and amortisation (EBITDA) remained strong at RM3.9 billion for the nine-month period under review, up 26% from RM3.1 billion in the corresponding period a year ago.

The group’s cement unit Malayan Cement Bhd returned to the black with a PAT of RM48.3 million for 9MFY22 — versus a loss after tax of RM3.4 million a year prior — as cumulative revenue surged 73.9% to RM1.9 billion from RM1.09 billion. Yeoh attributed the improved earnings to the consolidation of results of the 10 cement and ready-mixed concrete companies, as well as their respective subsidiaries, acquired in September 2021 from YTL Cement Bhd.

“The trust’s revenue and NPI increased during the current financial period due to the participation of the Australian portfolio in the government isolation group business programme, as well as the success of cost-saving efforts, whilst revenue and NPI for the Malaysian and Japanese assets approximated results of the same period last year,” Yeoh said.

YTL Corp shares closed unchanged at 59.5 sen on Thursday (May 26), giving the group a market capitalisation of RM6.56 billion. 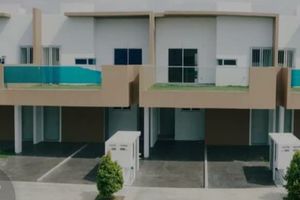 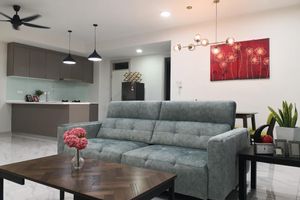