The developer signed a sale and purchase agreement (SPA) with the landowner, Nipponkey Sdn Bhd, with preliminary plans of developing residential products catering to young homeowners and working professionals looking for proximity to the Kuala Lumpur city centre. The development has an estimated total gross development value of RM1.5 billion and is slated for a 2024 launch.

In a press release, UEM Sunrise chief executive officer Sufian Abdullah said, “The land sits at a very strategic location of just being at the doorstep to the KL City Centre via a short drive along Jalan Sultan Yahya Petra and Jalan Tun Razak. We have observed a high and sustained demand for small to mid-sized products close to KLCC and priced below the RM1 million price point.

"We are confident that this development would be a welcomed addition to city dwellers looking for the convenience coupled with the lifestyle that comes with living in the heart of KL.”

The development boasts an unobstructed view of the KL City skyline, including the Titiwangsa Lake Garden. It has excellent connectivity to the other parts of the city via major highways including the Duta Ulu Kelang Expressway (DUKE), Ampang-Kuala Lumpur Elevated Highway (AKLEH), Maju Expressway (MEX) and the Kuala Lumpur Middle Ring Road 1 (MRR1).

With the eventual opening of the Raja Uda MRT station scheduled for January 2023, which is located 1.5km from the site, residents will enjoy the benefits of being near the city's public transportation rail network. Residents of the development will also have accessibility to nearby amenities and conveniences, including shopping malls such as Suria KLCC, Pavilion Kuala Lumpur, The LINC KL and healthcare providers including Kuala Lumpur Hospital, National Heart Institute and Gleneagles Hospital Kuala Lumpur.

The acquisition will be satisfied partly via cash amounting to RM235.8 million with the remaining total consideration anticipated to be settled in kind via the company's lands in Gerbang Nusajaya in Iskandar Puteri, Johor measuring 107.82 acres.

The arrangement allows UEM Sunrise to rebalance its landbank portfolio, divesting the lands in Gerbang Nusajaya in exchange for lands located in the central region that can provide a quick turnaround. The development of this 6.39-acre prime land is anticipated to reinforce and stabilise the company's future product pipeline in line with its "Triage, Stabilise, Sustain" strategy in transforming the company into a balanced real estate player.

"We are satisfied with the fair value of the land in Jalan Sultan Yahya Petra, considering the size and its strategic location in addition to a readily available set of plans to kickstart the development. The transfer of the lands in Gerbang Nusajaya to Nipponkey as in-kind payment for the 6.39-acre land allows us to unlock further value of our lands in Iskandar Puteri. UEM Sunrise remains on a lookout for lands that can provide value to our customers and shareholders while fortifying our launch funnel in the short to medium term," said Sufian.

With the latest addition, UEM Sunrise's total landbank in the Greater Kuala Lumpur area stands at approximately 655.8 acres, amounting to an estimated total of RM30.7 billion in gross development value, providing the company with resilient and sustained growth in the long term. 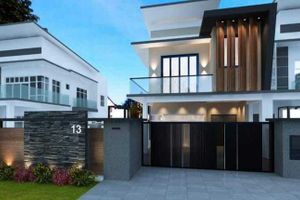