UEM Sunrise’s chief executive officer Sufian Abdullah said the market in the second half of this year (2H2022) remains softer due to the lingering economic impact of the Covid-19 pandemic.

For the first half of the year, the property developer recorded RM439 million in sales.

During a virtual press conference on Thursday (Aug 25) for its latest quarterly results, Sufian noted that delayed approvals for some of its projects have affected some of its launches.

However, the group’s sales are improving, he added.

He added that the possibility of another overnight policy rate (OPR) hike is unlikely to have a significant impact on sales or sentiment.

“There is very little correlation between that (higher OPR) and home purchasing activities.

“There is still a demand for affordable housing in the mid market, which we are targeting,” said Sufian.

He added that the price point of a property and product range plays a much bigger role in impacting buyers’ decisions.

Addressing the question of labour shortage, Sufian said the company recognised the threat it posed to its property development.

“Labour shortages have slowed us down a little in realising our progress. However, the impact has been provided for and within the level of tolerance we have currently,” he added.

In the media briefing, Sufian said the developments at Taman Connaught, Cheras development has been deferred to the first quarter of 2023 as the developer is still facing challenges in obtaining an Advertisement Permit and Developer’s Licence (APDL) from the Ministry of Housing and Local Government.

Its proposed development was slated for a two-phase launch, with the first phase kicking off in 2H2022.

However, the Housing Ministry has developed a new single entry system called Housing Integrated Management System (HIMS), to replace older systems consisting of BLESS, IDAMAN and e-Pemaju, which affected its application for the project’s APDL and launch date.

“This is not an issue that is exclusive just to us. But for UEM Sunrise, given that we are a company that is going through a transformation process, the impact is much more profound as we are not as buffered as other developers," he said.

UEM Sunrise, however, is hopeful of securing the licence sometime in the third or fourth quarter this year.

Similarly, he said the Johor state election that took place in March also delayed approvals as the authorising agencies got pulled into poll-related work.

“Given the state election we had over there, it had impeded our ability to process some of the pending approvals that we planned to achieve this year. Obviously it had some trickling effects when we could not launch some of the products we initially planned. It does have an impact on the timeline of our programme we had in Johor operations,” said Sufian.

To date, the builder plans to launch Aspira Gardens in Gerbang Nusajaya and Senadi Hills in Iskandar Puteri, Johor.

In the central region, UEM Sunrise plans to launch the second phase of KAIA Heights in Equine Park, Seri Kembangan, new phases in Serene Heights, Bangi, and MK 31 in Mont'Kiara in 2H2022.

Outside Malaysia, a new development in Collingwood, Melbourne, Australia, is also in the pipeline.

The developer plans to save some 10% to 12% in cost by improving its cost structures, bulk purchases of materials, and vendor partnership programmes.

“While the increase in material prices is not something we can resolve, we have signed a partnership with selected vendors to provide better rates. We are also working with contractors and partners to ensure equal assumption of risk from both sides,” he added.

Based on Real Estate and Housing Developers’ Association Malaysia (REHDA) Property Industry Survey 2H2021 and Market Outlook 2022 released in March this year, building material prices have risen by over 55% for aluminium, 52% for timber, 38% for steel, 19% for cement, 18% for sand and 16% for concrete.

Shares in UEM Sunrise rose one sen or 3.33% to 31 sen at the time of writing, valuing the property developer at RM1.57 billion. 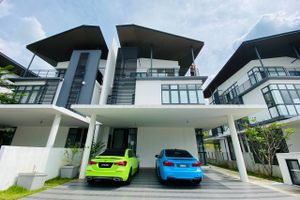 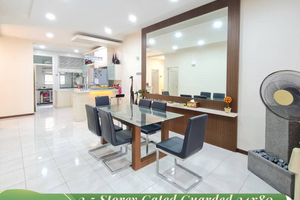 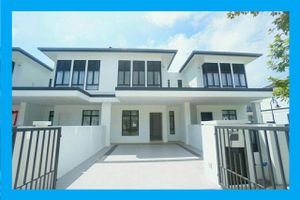