How FundMyHome did in comparison … let the facts speak for themselves

How FundMyHome did in comparison … let the facts speak for themselves
Tong Kooi Ong + Asia Analytica / The Edge Malaysia October 31, 2022 | Updated 3 months ago PETALING JAYA (Oct 31): When Tun Dr Mahathir Mohammad launched FundMyHome (FMH) on Nov 4, 2018, Tun said to me, “The proof of the pudding is in the eating.” Four years later, the pudding is ready for the tasting.

There was a barrage of questions, feelings of incredulity, scepticism and cynicism, and outright rejection of FMH after it was launched. Scepticism can be healthy and positive — best captured in a quote by Walter Gilbert, “The virtues of science are scepticism and independence of thought.”

But of course, if we do not innovate and try new ideas, we can never make progress. Healthy and unhealthy scepticism is bound by facts, intent and balance. Bertrand Russell elegantly articulated, “Dogmatism and scepticism are both, in a sense, absolute philosophies; one is certain of knowing, the other of not knowing. What philosophy should dissipate is certainty, whether of knowledge or ignorance.” And so, we begin …

The rise in housing unaffordability is a major and pressing issue, not just in Malaysia but in many countries across the globe. Shelter and food are the basic necessities in life — and to us, a basic human right, not just an economic right.

When tackling the issue of unaffordability, the most obvious — some may say, ignorant — solutions are: (1) raise incomes and/or (2) lower house prices. The reality is that the increase in housing prices has far outpaced that of incomes in the past decades. In other words, as fast as people’s incomes grew, housing prices have risen even faster. How do we hope to catch up? Employers cannot pay wages in excess of productivity gains and not be out of business!

Yes, clamping down on property bubbles, driven by excessive speculation, is necessary and correct. But engineering a wholesale housing price decline that would be sufficient to boost homeownership to any meaningful degree would be insane. The wealth of the majority of the world’s population is tied to housing. As we noted, thanks to wide homeownership, globally, housing has historically been the key driver of mass wealth creation-accumulation. Therefore, any significant drop in housing prices would not only destroy the people’s wealth, it would devastate the global economy.

The world needs more effective public housing policies to address the issue of home affordability. But the truth of the matter is, even then, home building is a very competitive business and one assumes that there is not much room to build the same quality houses at far lower costs. Case in point, the collapse of Katerra — an American construction company that aspired to lower the cost of home building by leveraging technology — is further evidence of this. That leaves, we strongly believe, innovation in the financing of the home — in terms of availability, structure and cost of funds — as the best market-driven option.

In the main story, we raised the concept of the perpetual mortgage — as a way to unstaple the utility and investment characteristics of housing, in order to lower monthly instalments AND enable owners to start building home equity immediately. We can already hear sceptics arguing against this — imagine not paying down your debts and leaving the burden to your children!

(Read: Homeownership could be made more affordable if we opened our minds)

On the other hand, not all debts are created equal. Innovative ways to borrow against future income to fuel consumerism should, rightly, be a concern for all. The increasingly popular buy now, pay later (BNPL) is one example. We may write more on this subject sometime in the future. Borrowing to buy a home, on the other hand, improves our quality of life. Home is an asset, not an expense — aside from providing shelter, it is a means of wealth accumulation. And owning a home sooner gets you on the bandwagon to start this wealth creation-accumulation process. Of course, not every prospective homeowner will want a perpetual mortgage — but they would have the choice.

This was exactly the intention when we launched FMH. It is another innovative financing scheme that includes disintermediating developer and financier gains, designed to make homeownership easier to achieve. As a pilot, we used RM10 million of our own funds to finance it. As we mentioned above, there were no shortage of detractors then and, yes, even now. So, let us take this opportunity to provide another update on the FMH scheme.

As we have mentioned before, FMH helped 32 homeowners secure financing for the first five years of ownership. The crux of the scheme is that these owners get to save on monthly rents over the entire five years. For example, based on a RM900 per month market rental rate, the total amount saved (assuming 2% compounded interest rate) would be RM56,742 per homeowner. This alone is sufficient for the 20% down payment to refinance their homes with a traditional mortgage based on today’s prices. Remember, FMH is meant as a bridging finance, enabling these 32 aspiring homeowners to buy their first homes — a loan that they would not have qualified for under a traditional mortgage from banks.

The property market has not done so well since then, unfortunately. Based on our latest research, the indicative price for the 32 FMH homes, on average, is down by about 11% from the initial purchase price. This is consistent with similar properties in similar locations around the Klang Valley and around that neighbourhood, in Semenyih. What we want to show in this article is to compare the impact of the price drop on the homeowner under the FMH scheme (assuming no further price changes for the remainder of the five-year period) against if they had: (1) obtained a traditional mortgage and (2) opted for the rent-to-own scheme, HouzKEY. Under a traditional 30-year mortgage, the cash outflows for owners from Years 1-5 include the initial equity contribution (assume 10%) and the monthly instalments thereafter (RM13,044 per year) based on 3% mortgage rate. Equity value in Year 5 is calculated as the current property price (RM274,500) less loan outstanding. Adding all the above cash flows, the net loss at Year 5 would equal RM48,561.

For the rent-to-own scheme, the cash outflows are the monthly rents (owners get a small percentage of cashback if they exercise the option to buy the home at the original price of RM308,000) totalling RM51,559. Given that the price of the home has fallen 11%, let us assume they choose to walk away (at no cost). But this means, they would be out-of-pocket for the entire RM51,559 rent paid over the five-year period, that is, a net loss.

The initial cash outflow under FMH (RM10,061) is the actual amount paid by the 32 homeowners, on average. There is no additional cash outflow during the five-year period — remember, the homeowners get to live in their houses for free. The equity value of the home in Year 5 is the residual value after repayment to investors. This will leave the owners with a net gain of RM18,039. We cannot detail the exact calculations here as it is proprietary, but rest assured, the figures are real.

Quite clearly, the homeowner would be better off under the FMH scheme — a net gain of RM18,039 versus a net loss of RM48,561 (traditional mortgage) and RM51,559 (HouzKEY) under the other two options. The 32 homeowners can now take their net home equity gains (RM18,039) and all the rent saved in the last five years to refinance their home with a traditional mortgage. These are the facts, based on today’s property prices.

While the HouzKEY option appears to be the worst, this is only the case because property prices fell. The slightly higher loss (about RM3,000) compared with the traditional mortgage is effectively the cost of the option to buy the house at the original price. If the prices had risen, this option would have had good value. It is a cheap five-year option, equivalent to just about 1% of property value. Hence, on balance, it is a better scheme than a traditional mortgage.

Notably, all three options — which are basically variations on how to finance home ownership — are, without question, better than renting. Using the RM900 monthly rental for the FMH properties as an example, total cash outflows would be RM54,000 for the five years (RM900 per month x 12 months x 5 years) – all expensed, with the renters being no closer to ownership or the possibility of wealth creation (future home value appreciation).

Let us be crystal clear. We are not saying FMH is a better scheme. It turned out to be the case for this project where the property values actually fell during the five-year period. Had it gone up by say 30%, HouzKEY would indeed be better. The point we are making is that there is no one size fits all that is suitable or best for all homebuyers. Let the marketplace innovate and let house buyers be given as many options for them to make their decision.

Disclaimer: This is a personal portfolio for information purposes only and does not constitute a recommendation or solicitation or expression of views to influence readers to buy/sell stocks. Our shareholders, directors and employees may have positions in or may be materially interested in any of the stocks. We may also have or have had dealings with or may provide or have provided content services to the companies mentioned in the reports. 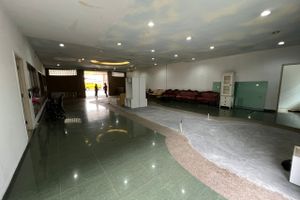 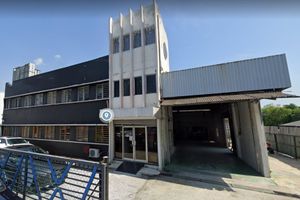 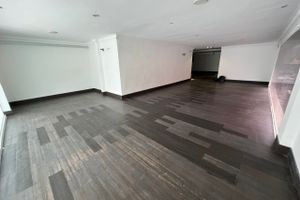 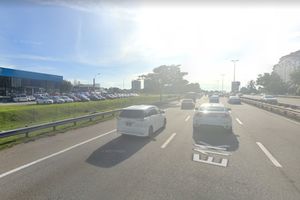 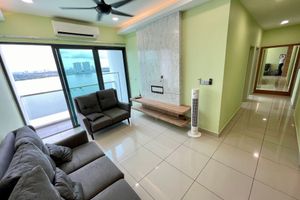