In a filing with Bursa Malaysia, Tadmax said Wawasan Metro Bina Sdn Bhd has accepted a banking facility for the said sum, which was granted by the United Overseas Bank (M) Bhd (UOB).

“The facility will be used to finance the proposed development of 1,512 units of condominium in Taman Metropolitan Kepong,” the company said.

As security for the facility, Tadmax is required to provide a corporate guarantee for RM170 million and a letter of undertaking to cover any construction cost overruns and to complete the entire project, in favour of UOB.

Tadmax said the facility would result in the group incurring interest expense, but such expense will form part of the cost of development of the project.

The project is expected to contribute positively to Tadmax’s future earnings.

Furthermore, Tadmax said the facility is not expected to have any material effect on the net assets and gearing of the group, save for the increase in gearing by 0.64 times (based on the full amount of the facility), based on the audited equity attributable to the owners of the group of approximately RM264 million as at Dec 31, 2015.

It is worth noting that Tadmax has recently been directly awarded the contract to build a 1,000MW combined-cycle gas power plant in Pulau Indah, Selangor on Aug 3.

Looking for properties to buy or rent? With >150,000 exclusive listings, including undervalued properties, from vetted Pro Agents, you can now easily find the right property on Malaysia's leading property portal EdgeProp! You can also get free past transacted data and use our proprietary Edge Reference Price tool, to make an informed purchase.
Tadmax Resources Kepong UOB Pulau Indah Selangor
SHARE
Facebook Twitter 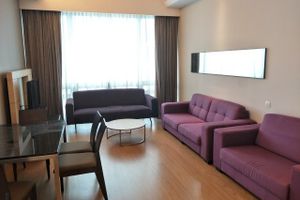