On ways to lift the market

Continues from: On bringing down property prices

‘No more goose that lays the golden egg’ 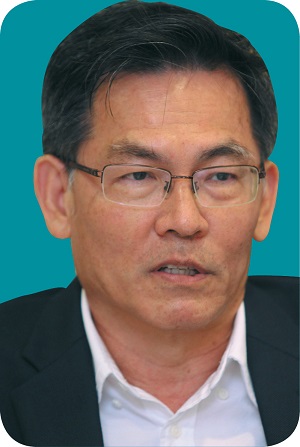 Tan (pictured): Right now we have many properties unsold in certain sectors. We should welcome foreigners [to buy them]. We need them and their money to strengthen our currency. Many of them bring in their money and park it here, just like how there are Malaysians who park their money in Australia and elsewhere. This is idle money. So we need that sort of exchange to lift up our ringgit.

Soam: Foreign ownership in Malaysia is very low. No matter how you look at it, it’s still low. Even with the Chinese buyers in Johor, their number is still very small despite there being talks about “buy one, free one” to lure them. Compared with the overall number of property transactions in Malaysia, it [sales to foreign buyers] is still very low.

Tan: There are a lot more challenges [for the development industry] in Selangor now. It is also not good for the job market. For instance, there’s no need to set a requirement for 30% of SoHo (Small- office Home-office) in a property development. A SoHo is already a free market product but why introduce the 30% requirement?

Soam: To put things into perspective, we’re different from Hong Kong and Singapore. In Hong Kong, the construction cost is only 20% to 30% of house prices. The land cost is the big component.

Tan: In a weak global environment, we do not want to kill the goose that lays the golden egg. Can you imagine if we [the property development sector] were to fall apart, some 140 industries related to the sector will be affected?

Soam: That’s why I keep saying that 140 industries are affected [by the economic slowdown].

Tan: What we’re experiencing isn’t close to other countries which are having negative interest rates like certain countries in Europe and Japan. But we must not tighten and kill the goose. In fact, we should help and maintain it during this period.

Soam: No more golden goose! It’s more of a survivor duck now. But it’s really affecting everybody across the board. Contractors, suppliers, transporters, everybody’s affected. Even restaurants. Construction is closely related to F&B.

Soam: What the government is trying to do now is to reinvent the money in EPF Account 2 but this money will not be spent. Let’s say you have this amount of money there, this money will be used to leverage and to increase the quantum of loan you can get. They’re using the money for leverage but you cannot take it out for Hajj pilgrimage, medical and education or other expenses. They’re reinventing it this way. So the details are going to be discussed by the Finance Ministry.

One funny thing about the industry is that it’s always talking about consumer sentiments and all that. Hopefully with this, the Finance Ministry and the banks can spur consumer confidence. Instead of selling our properties three times over to get the people to actually sign on the dotted line and then get their loans rejected, hopefully now we can afford to sell our units two times over as more people can get loans.

Tan: This will spur jobs. We already have retrenchments in the oil and gas, banking and many other industries. So, if we don’t stimulate the property [market], you’ll have more joblessness. And more hopelessness and less buyers.

On government building homes in urban areas for rent at below market rate to eligible youths: ‘Enforcement is key’

Soam: The government is going to build 10,000 houses to be rented to youths in Kuala Lumpur — these are transit homes for those working in the city.

After five years, they’ll have to move out whether they like it or not. And then another group of people will move in. Because if you’re a fresh graduate and only earning RM2,500, you can only afford to rent. But again, enforcement is very important.

The Federal Territories Minister had also mentioned that instead of 1-bedroom apartments, they’re going to come up with better unit types and the rental will be RM300 to RM500 and these will be rented to young families. And similarly, five years later, you need to move out.

This model could possibly be viable for private developers as well. Instead of just leaving your unsold houses there, why not rent them out and get some revenue to pay for your maintenance cost?

Don’t forget that, under the new Strata Titles Act, any unsold unit will still be charged maintenance fees, even for provisional blocks. So, rather than leave the unit empty why not rent it as a transit home?

The government is undertaking the transit homes under the Youth and Sports Ministry and Federal Territories Ministry. Under the National Blue Ocean Strategy, the Ministry is also building a new township called the Youth Township somewhere in Tanjung Malim. They’re trying to look at public transportation and all that.

Good idea, but be reminded that enforcement is key. All the initiatives are good. Even now under the CIDB Act 520, contractors must have centralised labour quarters to be rented out. You can build centralised quarters for the workers so that they can take public transport and commute to work every day. We uplift their living standards instead of them living in shabby places as we see now.

Continues on: On the property sector’s outlook — Is the worst over?

Looking for properties to buy or rent? With >150,000 exclusive listings, including undervalued properties, from vetted Pro Agents, you can now easily find the right property on Malaysia's leading property portal EdgeProp! You can also get free past transacted data and use our proprietary Edge Reference Price tool, to make an informed purchase.
Johor SoHo Budget 2017 EPF Account 2 Strata Titles Act
SHARE
Facebook Twitter