TOKYO: Investment management firm Aetos Capital plans to raise US$1 billion (RM3.08 billion) for a fourth real estate fund to buy office buildings and condominiums in Japan and China, a person with direct knowledge of the matter said.

Aetos plans to raise the money by December and has already gathered US$250 million from investors, the person said, on condition he was not identified.

Price declines are slowing, according to the Japan Real Estate Institute. At the end of March commercial property values in central Tokyo had contracted by only 2.4% from six months earlier, compared with a 6.5% drop over a year, the research company said.

Fortress Investment Group set up an US$800 million Japan fund in June, while Morgan Stanley in the same month established a US$4.7 billion pool of cash to buy properties around the world, including Japan.

Scott Kelley, chief executive of Aetos declined to comment on the fund in a recent interview with Reuters, but said the firm sees good opportunities in Japan's office building market.

"It is impossible to generalise about Japan as a whole but we do feel the Tokyo office market is bottoming and we see our own portfolio vacancy rates and rental rates improving," he said.

Cap rates, or the rent yield on offices are currently around 5%, according to analysts. That is drawing investor cash away from the slim returns offered by government bonds and falling stock values. Access to low interest financing is adding to the allure of property.

Aetos, he added, may even invest in Japan's non performing real estate loans if it means the firm can eventually control the underlying properties.

In 2008 it teamed up with Japanese firms in a failed attempt to acquire property developer, Daito Trust Construction Co, sources told Reuters at the time. 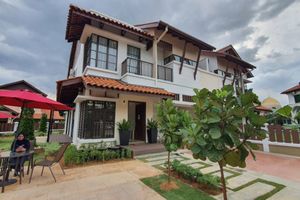