DEVELOPING accommodation for students has become a lucrative business in the UK as the growing sector is now worth £2.5 billion (RM13.58 billion). According to Knight Frank’s Student Property 2014 report, demand for student housing is constantly rising, making it the best performing property sector in the country.

With such a large market value, many developers will be looking to grab a piece of the pie. And one name that has become synonymous with student housing in the UK is Hill & Standard Developments. It is currently preparing to launch a project for both the British and Malaysian markets.

Called Park Street West 1, the development is a three-minute walk from the University of Bedfordshire in Luton, which is a 40-minute drive from London. It sits on 0.7 acre of freehold land and offers 155 fully furnished 1-bedroom studio apartments. Sizes of the units range from 112 to 282 sq ft, with prices starting at £55,973.

The communal facilities include a gymnasium, a courtyard, a rooftop garden and terrace, a 24-hour concierge and security, a studio, a laundry room and open-plan study rooms.

According to Hill & Standard spokesman Edward Giles Stanford, the reason for developing in Luton is that it wants to take advantage of the shortage of student beds at the University of Bedfordshire.

“Bedfordshire University currently has around 20,000 students and only 2,000 beds are available,” he says.

James Pullan, Knight Frank’s head of student property, says the undersupply of student housing is a feature of all core UK markets and is most evident in locations such as London, Bristol, Edinburgh and Newcastle.

“A major driver for the development of purpose-built student accommodation (PBSA) is the demand from overseas students,” he adds.

Hill & Standard was established in 2004 and has offices in Europe, India, the Middle East and the US. It is expanding to Malaysia and China. It specialises in providing student housing and has projects in Bradford, Hastings, Sheffield and Glasgow, which are near universities and the city of London. It has over 2,000 units of student accommodation around the UK, which are worth about £1 billion.

In terms of rent yield, Knight Frank’s Student Property 2014 report says growth for student properties in London is up 1.73% from the previous academic year, while regionally, it averages at 1.55%.

Pullan says across the UK, blended rent growth was 1.59% as at September 2013. “Rent growth of this order shows a strong performance by the sector in the context of the introduction of tuition fees. It is this extraordinary resilience that attracts investors to the sector.”

He says cities like Bristol, Cardiff, Edinburgh, Liverpool and Newcastle are experiencing strong rent growth of between 3% and 4% because of the draw of the high-performing universities and the acute undersupply of accommodation.

“Cities such as Leeds, Preston and Birmingham saw one-off rent reductions as operators took a more risk-adverse approach to ensure they achieve full occupancy,” he adds.

The report also states that rents for studio units grew marginally faster than that of en suite cluster flat bedrooms. It adds that although modest, this difference reflects a growing confidence in the sector as international students favour studio units.

“Students in London currently pay an average of £299 per week for studio accommodation. Availability of such accommodation remains very limited relative to the total student population. On the supply side, the pipeline of new student accommodation is forecast to fall in the face of an increasingly hostile planning environment. On the demand side, the number of international students will continue to rise year on year. We forecast that prime central London demand-and-supply imbalance will worsen in the next five years and that rent escalation will be above the UK’s trend over this period,” it states.

Thus, for Park Street West 1, which offers studio apartments, Stanford is confident that its products will do well.

So far, 25% of the units have been taken up. The project is expected to be completed in the summer of 2015.

Hill & Standard is marketing the development in Malaysia with the help of VPC Alliance (Malaysia) Sdn Bhd. Stanford says this is because many Malaysians are interested in investing in this project while Hill & Standard has a long-term relationship with Malaysia.

He says the UK is globally known for its world-class education system and its universities. “We have a lot of Chinese, Indian and Middle Eastern families sending their children to study here. Therefore, we are also marketing this development in the Far East, including China, Singapore, Hong Kong, Indonesia and Russia.” 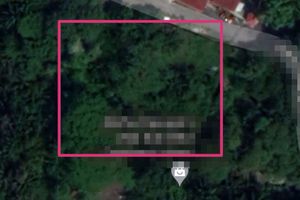 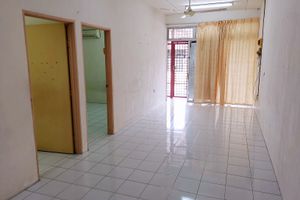 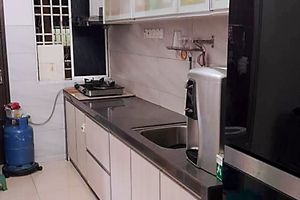 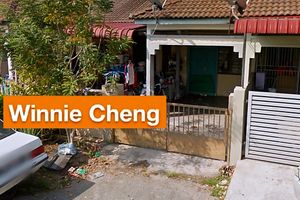 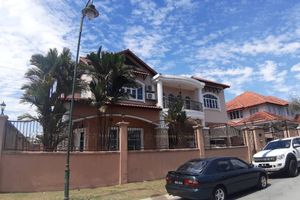