Five US states to get foreclosure prevention aid

WASHINGTON: As many as 50,000 struggling homeowners in five states with high unemployment may receive help from a special US$600 million (RM1.9 billion)federal fund intended to head off some foreclosures.

State housing agencies in Ohio, North Carolina, South Carolina, Oregon and Rhode Island can use money from a so-called "Hardest Hit Fund" for foreclosure mitigation that was announced in March, a top Treasury official told Reuters in an interview on Tuesday.

Herb Allison, Treasury Assistant Secretary for Financial Stability, said each of those five states have had their proposals approved and are now eligible to begin receiving aid, though "the funds will start flowing in the next several months, state by state."

The five states have counties where the unemployment rate exceeded 12% in 2009. The national rate of unemployment is expected to tick up to 9.6% when the Labor Department releases its monthly employment report on Friday.

Allison said the program is targeted at those who need it most and is not designed to prevent all foreclosures.

"For the people who are going to be helped by this, it will make a very meaningful difference," Allison said, noting that the average homeowner will benefit by about $10,000 over the life of the program, which ends two months after President Barack Obama next faces voters in 2012.

Obama announced a $1.5 billion "Hardest Hit Fund" in February for California, Nevada, Arizona, Florida and Michigan, where home price declines were most pronounced.

Under pressure from lawmakers, the administration expanded the program in March to the five states now eligible for an additional $600 million.

The $2.1 billion fund shifted money from an already existing $50 billion program, known as the Home Affordable Modification Program. The $50 billion authorization is itself part of the $700 billion bank rescue package approved by Congress in late 2008.

Some of the programs that states proposed will help unemployed or under-employed people keep up with their mortgage payments. Others will try to assist homeowners who are facing negative equity by reducing the principal of loans that they owe or will be used to finance short sales of homes to avoid foreclosure.

Ohio, for example, would allow unemployed workers to get mortgage payment assistance for longer than the three months allowed under the nationwide program.

Ohio will get up to $172 million for these purposes while North Carolina gets up to $159 million and South Carolina up to $138 million. Oregon has been approved for up to $88 million of funding and Rhode Island up to $43 million.

Treasury is expected to make a formal announcement of the program on Wednesday.

The HAMP program has been widely criticized as ineffective. Treasury Secretary Timothy Geithner was grilled about its effectiveness in June by Elizabeth Warren, the fierce consumer advocate charged with overseeing the bank rescue. The Harvard law professor is also a possible head of the newly created Consumer Financial Protection Bureau.

Allison, who runs the bank rescue, defended the housing program, noting that the administration's foreclosure prevention efforts have mitigated the effects of a severe recession.

"We think what we are doing is making homeownership more affordable for people who are struggling," Allison said, "we expect that those people will find it easier and more realistic to stay in their home for a longer period of time."

The Treasury Department said last month the number of borrowers dropping out of the HAMP grew in June at almost twice the pace of those getting a permanent modification. -- Reuters 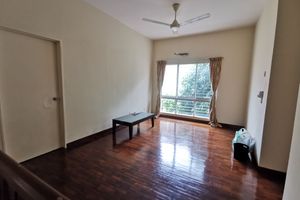 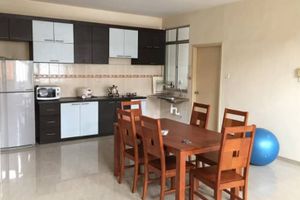