Residential prices in the Klang Valley rise but at a slower pace
Tan Ai Leng January 24, 2016 | Updated 6 years ago 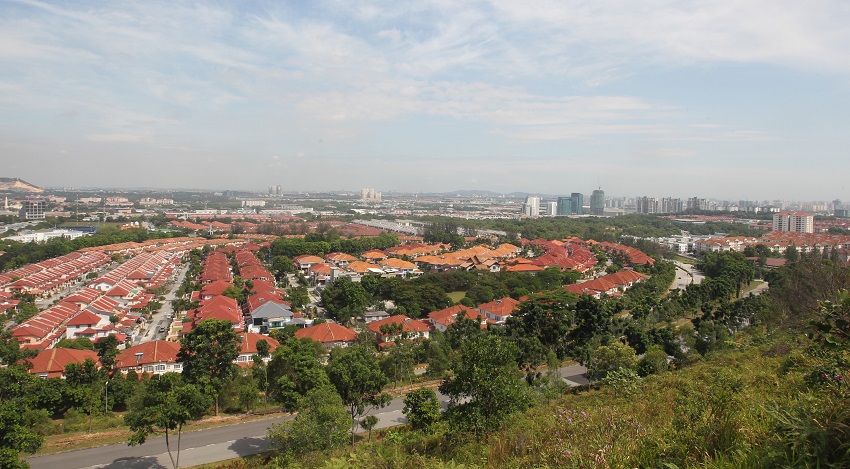 THE Klang Valley residential market saw price growth in 3Q2015, albeit at a slower pace, as homebuyers remained cautious about the current economic and political situation.

He says several public transport projects have improved accessibility to areas outside the Klang Valley and homebuyers are cashing in on it as they have seen property values there increase over the past five years.

“But this is based on a limited number of units and transactions. Given the huge economic and political impact seen in 2015, we will be cautious and monitor this market for another quarter or two before drawing any conclusions.” 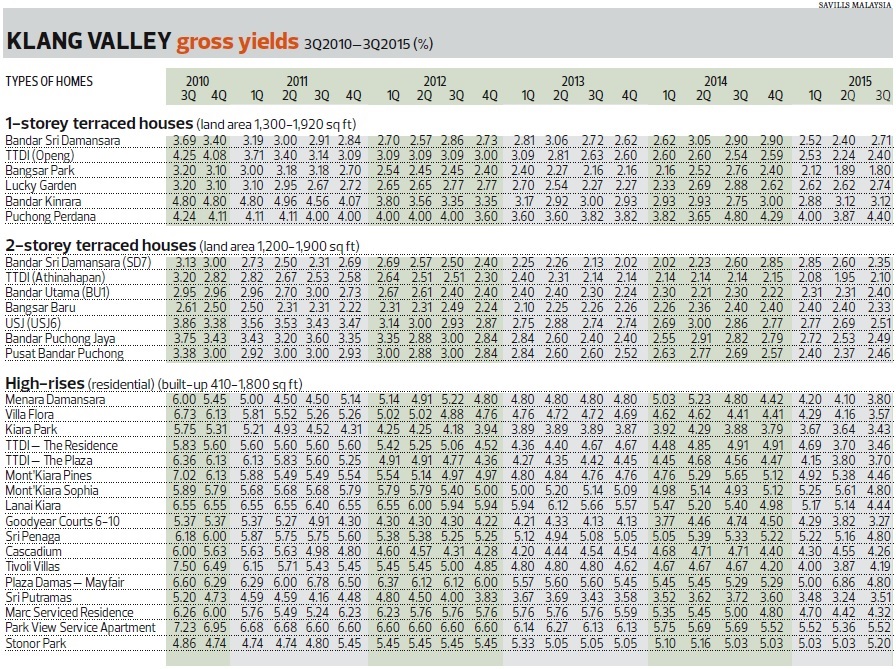 Other recent launches targeted at the mass market are Kepong Mas Residences, The Nest @ Jalan Puchong and Penduline @ Bandar Rimbayu, which consists of 2-storey terraced houses. 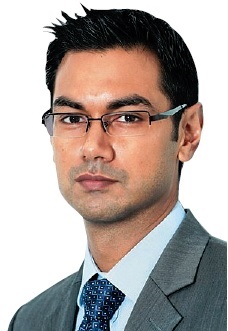 Nabeel says 1-storey terraced houses tend to be less speculative products due to their limited supply and their popularity among genuine buyers. Furthermore, the areas in the survey tend to be among the most mature, which means price growth at this time will tend to be limited, percentage-wise.

“Due to a limited supply of 1-storey terraced houses in the primary market, demand for them in the secondary market will continue to remain strong, particularly for units in strategic locations with established amenities nearby,” he says.

Rents were stable overall y-o-y. Most places saw average monthly increases while in some places they were unchanged. The exception was Bangsar Park where the average monthly rent for a 1,875 sq ft unit dropped to RM2,100 from RM2,300.

Nabeel reckons that demand for 2-storey terraced houses will remain strong. Price growth in this segment ranged from 3.7% to 19.3% but in BU12 in Bandar Utama, prices dropped 4.5% y-o-y. “Two-storey houses priced below RM800,000, in particular, are still considered affordable, which is why demand for them continues to be strong. Even in areas like Semenyih, which was considered peripheral two to three years ago, prices have exceeded RM650,000,” he remarks.

The Plaza in TTDI saw a price growth of 20% with the transaction value of, for example, a 1,800 sq ft unit rising to RM1.2 million from RM1 million y-o-y.

Nabeel notes that besides location, well-maintained condominiums continued to gain in popularity, such as Cascadium and Sri Penaga. Both are close to amenities such as the Bangsar Shopping Centre.

Newer properties, such as One Menerung, are priced well over RM1,000 psf and offer only large units, which means their price can easily exceed RM2 million or even RM3 million, Nabeel points out.

The increase can be partly attributed to the proximity of the properties to the upcoming MRT1 Pusat Bandar Damansara station, he adds.

Of the 17 high-rise residential developments covered by the monitor, only seven enjoyed rental growth y-o-y. It was unchanged for the others. Monthly rent in The Residence, for example,  slid to RM3,600 from RM4,300.

Nabeel says as more residential developments come into the market in the Klang Valley, the overall supply of units for rent will increase, leading to greater competition for tenants. 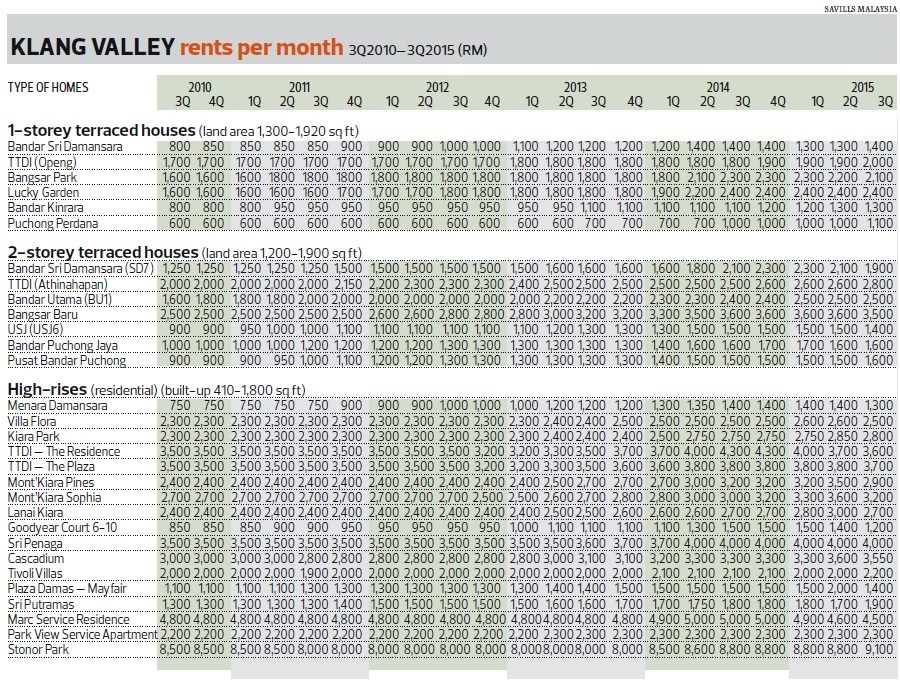 Although the Klang Valley property market was generally slow in the first nine months of 2015, more activity is expected going forward. There will be more new launches, especially mass market housing schemes, as the public becomes more comfortable with the impact of GST and inflation.

“In the primary market, we can see more developers concentrating on reducing their inventory. New developments that offer attractive packages, such as the full absorption of legal fees or stamp duty and rebates as well as lucky draws for luxury cars and holiday packages, will continue to attract homebuyers,” says Nabeel.

In the secondary market, buyers continue to hunt for value purchases. As a result, the price disparity between the primary and secondary markets, especially in prime locations, has narrowed.

“Over the past few months, asking prices in the secondary market have increased relative to bank valuations, indicating that homeowners have become aware of this difference. Over time, however, we are concerned that this may lead to potential buyers going back to the primary market, [which means a reduction in activity in the secondary market], where one can enjoy a lower cost of entry to homeownership. This is another phenomenon that will have to be monitored over the coming quarters,” Nabeel concludes.

This article first appeared in City & Country, a pullout of The Edge Malaysia Weekly, on Jan 18, 2016. Subscribe here for your personal copy.