RM2.5b Skycity project in Kota Kinabalu to be launched in 2Q15 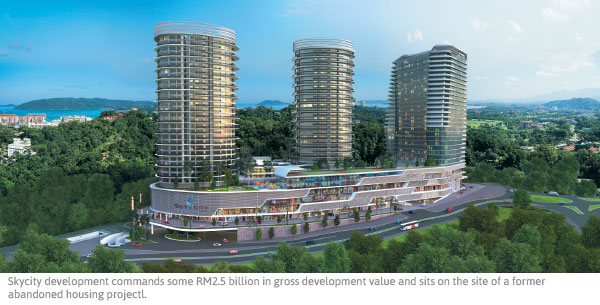 KOTA KINABALU: Homesign Network Sdn Bhd will launch a mixed-use development called Skycity in Karamunsing here in the second quarter of next year.

A joint venture between Homesign Network and the Ministry of Local Government and Housing Sabah (KKTP) Sdn Bhd, the 6-acre (2.42ha) Skycity development commands some RM2.5 billion in gross development value (GDV) and sits on the site of a former abandoned housing project.

It features a five-star hotel, grade A offices, a shopping mall and two towers of residential suites.

“Skycity will be a good location for professionals and businesses due to its location in the city centre. It is well connected to other rapidly developing regions,” said the minister with special tasks Datuk Teo Chee Kang at the Skycity signing ceremony between Homesign Network and New World Hotel & Resorts on Monday.

“Other developments and transport expansion in the area [are] expected to grow and this would be the most bustling area in [the] near future,” he added.

The ceremony marked the collaboration for the development and management of the New World Kota Kinabalu Hotel that is a part of the Skycity development.

Teo said Sabah is currently in a rapid economic development phase of the Economic Transformation Programme led by the Sabah Economic Development and Investment Authority.

He noted that the Malaysian property market is expected to increase in terms of value and stabilise in terms of transactions in 2015.

He added that the real estate sector is seeing high demand due to the implementation of the Sabah Development Corridor and that prices for residential, commercial and industrial units are projected to increase by 5% to 10% next year.

Homesign Network managing director Lee Chee Kiang said the number of tourist arrivals may drop due to the shortage of hotel rooms in the state. He noted that most hotels recorded about 92% average occupancy rate and close to 100% during peak seasons. He estimated that more than 2,000 rooms would be needed in the city to prevent shortage.

The hotel in Skycity will carry the New World Hotels & Resorts brand under its parent company, the Rosewood Hotel Group. The group’s portfolio encompasses 49 hotels in 17 countries and is expanding with nearly 30 new hotels currently under development.

“Based on these numbers we are confident that our renowned brand name in North Asia will be a great addition to the Kota Kinabalu hospitality market,” said Rosewood Hotel Group chief executive officer Sonia Cheng.

The 16-storey hotel features 350 rooms and will offer facilities such as a sky pool, spa, gymnasium, lobby bar, sky bar, two restaurants, two basement car parks, as well as 41,792 sq ft of meeting facilities. It is slated to open in 2018 and will be atop 10-12 storeys of office space.

This article first appeared in The Edge Financial Daily, on December 3, 2014. 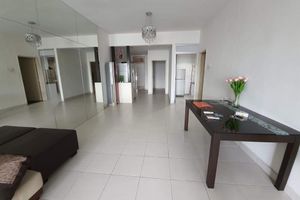 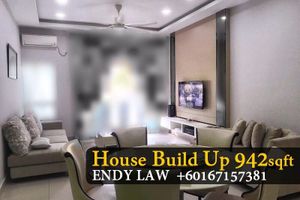 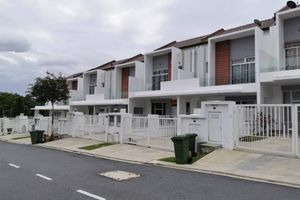