Facebook Twitter
June 25, 2010 | Updated 6 years ago
KUALA LUMPUR: The South Klang Valley Expressway (SKVE), which is expected to be fully completed in 2012, will complement the integration of Klang Valley’s highway network.

It will serve as a major expressway from the North South Expressway to Putrajaya, Cyberjaya, Telok Panglima Garang, Pulau Carey and to Westport in Pulau Indah.

The SKVE's Phase 1B construction has been completed and is due for an official opening by Works Minister Datuk Shaziman Abu Mansor at the Saujana Putra interchange this coming Tuesday.

The 52km SKVE Expressway, when fully completed, will provide a direct linkage from the south to the gateway of Port Klang and is set to boost new growth areas for residential and industrial sectors within the Southern areas of Klang Valley, said SKVE Holdings Sdn Bhd's Chief Executive Officer Teoh Ah Guan.

Traffic between Klang and Kajang will be focused to shorter route, hence, reducing traffic congestion.
"Eventually, the link up between the administrative city of Putrajaya, KL International Airport (KLIA) and Westport would lead the area to become the nation's golden triangle," he said.

"The opening of the completed sections signifies the concessionaire and government’s effort in providing a smooth and efficient expressway to the public in easing traffic congestion in the city," he said, adding that the new road will boost the economic and social impact of the surrounding towns and areas.

The expressway for now will serve commuters from the start point at the UNITEN Interchange near Universiti Tenaga Nasional in Bangi to the end of the Phase 1B at the Saujana Putra Interchange while its construction will move to the next level.

"In conjunction with the opening of the expressway (partly), a toll-free period for all motorists traveling on the SKVE for a period of one month will be effective," he told Bernama in an interview today.

The full expressway starts at the Universiti Tenaga Nasional (UNITEN) in Bangi and ends at the proposed Pulau Indah Ring Road which links to the Westport in Klang.

Those who would benefit from the SKVE Expressway are public commuters, business people and traders traveling between Klang, Westport and Shah Alam and Putrajaya and Cyberjaya.

Come 2012, the SKVE will indirectly give life and further boost to Pulau Indah, an island off the west coast of Selangor which was formerly known as Pulau Lumut. Located just off the coast of Selangor, Pulau Indah is home to Westport, the biggest super port in the region. Pulau Indah is also regarded as one of the
best places to enjoy the rustic and laidback charms of kampung life, set amidst lush greenery with the Straits of Malacca in view.

Realising the importance of having an expressway linking the booming towns in southern Klang Valley, including Putrajaya, the first phase of the project was awarded to the then Gadek-Perspec to construct Section 1A on a "Turnkey, Design and Build" basis. The highway was successfully built and completed in 2000.

On August 29, 2006, SKVE Holdings was granted concession rights by the government to undertake the privatisation of the SKVE, with financial backing from Bank Pembangunan Malaysia Bhd and the Islamic Development Bank.

Teoh said thorough planning and consideration had been given to many aspects of the expressway, including environment protection such as keeping the scenic views and lakes along its stretch.

"The expressway will undoubtedly provide new growth areas for the residential and industrial sectors within the vicinity. We managed to overcome all challenges in completing Section 1B of the expressway, including acquiring land from the Orang Asli and having to deal with the geographical conditions," he said.

The SKVE, which crosses through Lebuhraya Utara Selatan Hubungan Tengah (ELITE) and the proposed Lebuhraya Persisiran Pantai Barat, is made up of four main phases, with the first two phases – Section 1A (8km) and Section 1B (12.6km) now already completed.

Motorists will also have the choice of using, for the first time in Klang Valley, recycled transit cards as part of its efforts to promote the conservation of environment, apart from ensuring a smooth and flawless drive on
the expressway.

In conjunction with the launch of Section 1B of the Expressway, a limited edition of the Touch N Go Card worth RM20 will be sold to the public.

Toll rates are yet to be decided but SKVE Holdings has assured motorists that the toll rates would be acceptable to the public.

The expressway is also installed with safety features and advanced traffic monitoring systems including emergency telephone, CCTV and electronic messaging which are routed to the highway’s Control Centre. -- Bernama 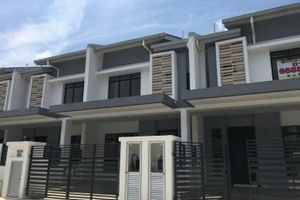 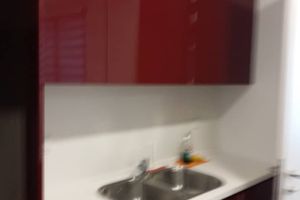 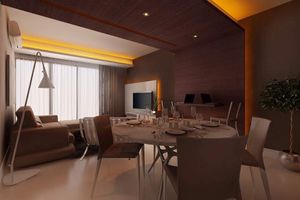 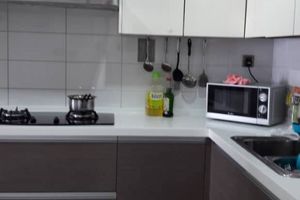 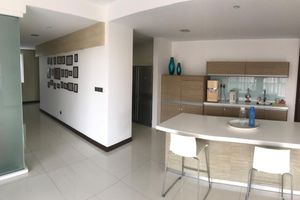 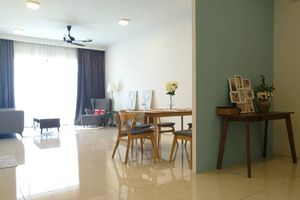 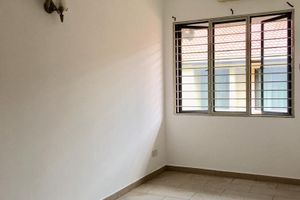 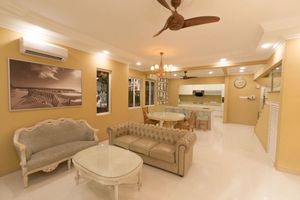