KUALA LUMPUR (Nov 7): Eversendai Corp Bhd, which has bagged RM180 million worth of new projects, including a major offshore fabrication job from Saudi Aramco, anticipates the latter deal will open up new opportunities for the group in the oil and gas (O&G) segment.

Eversendai, who secured the fabrication job via its wholly-owned unit Eversendai Offshore RMC FZE in the United Arab Emirates, expects this to be the first of many more projects to come its way from Saudi Aramco, which is projected to invest more than US$300 billion over the next 10 years.

Eversendai Offshore received the project award through Saipem SpA, which is one of the long-term agreement engineering procurement and construction contractors for Saudi Aramco, Eversendai’s statement yesterday read. “I think for us, to be awarded a major fabrication project from Saudi Aramco directly, is an achievement. We are probably one of the first companies in Malaysia to win a project directly with Saudi Aramco. This is an opportunity for the group, especially in view of Saudi Aramco’s investment plans moving forward,” Eversendai’s executive chairman and managing director Tan Sri AK Nathan told The Edge Financial Daily when contacted over the phone.

Nathan said the new project, which marks Eversendai as the first Malaysian company to be working on a Saudi Aramco offshore fabrication job, is a fast-track one that will last about 12 months.

“As the number of fabrication yards in the Middle East with Saudi Aramco certification is limited, Eversendai has a high potential in increasing their bid conversion rate bidding through the Long-Term agreement engineering procurement and construction 2 contractors or through Saudi Aramco itself directly,” said Eversendai Offshore’s chief executive officer Narish Nathan.

Together with the fabrication project from Saudi Aramco, it has bagged a deal to construct 13 gantry structures for a mixed-use development in Doha, a bank headquarters building in Dubai, as well as jackets for Saipem in Saudi Arabia, all for a total RM180 million.

With these projects, Eversendai’s year-to-date project win tally for 2017 is now at RM1.56 billion, while its order book stands at about RM2.3 billion.

Nathan said he is positive about the turnaround of Eversendai’s O&G segment, given the timing of the contract won by Eversendai with Saudi Aramco, along with a stronger and stable oil price.

Eversendai returned to the black with a net profit of RM35.9 million in its first six months ended June 30, 2017 (1HFY17), from a net loss of RM71.7 million recorded during 1HFY16, but its O&G segment still recorded a loss before tax of RM2.5 million in the period, mainly due to low utilisation of its fabrication plant.

This article first appeared in The Edge Financial Daily, on Nov 7, 2017. 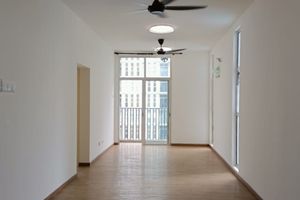 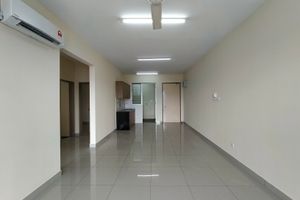 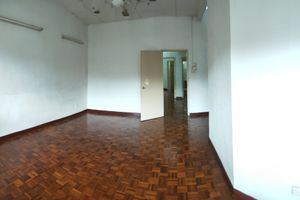