Ibraco to unveil RM1.5b mixed development in Kuching by 1Q18 KUALA LUMPUR (Dec 21): Sarawak-based Ibraco Bhd is looking to launch its 123-acre mixed development called Northbank in Kuching by the first quarter of 2018.

Located in the greater Tabuan area, a prime spot in Kuching, Northbank has a GDV of RM1.5 billion and will comprise residential, retail and office suites. The project will be developed over five to seven years.

“We will kick off the development of Northbank with the launch of 72 units of terraced (23ft by 44ft) and semi-detached (25ft by 46ft) homes on a 9.1-acre parcel, said Ibraco managing director Datuk Chew Chiaw Han. Their prices, however, have yet to be finalised.

“Our main focus over the next five years would be Northbank. The first launch would be landed homes followed by Small-office Home-office apartments.

“We have conducted a market survey among homebuyers in Kuching on the landed homes and received good response. The landed homes would be just across the road from the Tabuan Tranquility area which is in demand,” he told EdgeProp.my.

On Ibraco’s maiden foray into Peninsular Malaysia — Continew, which is along Jalan Tun Razak and Jalan Yew in Kuala Lumpur city centre — Chew said the project has sold more than 50% of its apartment suites since it was launched in February.

With a GDV of RM450 million, the 1.5-acre freehold Continew consists of 510 apartment suites housed in two towers of 52 and 47 storeys above a commercial podium. The suites with built-ups ranging between 550 sq ft and 1,200 sq ft are tagged at RM950 psf.

“The property market has slowed from a few years ago. But in terms of sales, I think we have managed to do quite well considering it is our first venture into KL.

“It was a bit tough for us to move into the KL market, but we have managed quite well as there are not many of such properties in the city centre with this kind of pricing. Besides, our design and built-ups are suitable for young families who want to live in the city. And with the Tun Razak Exchange and IKEA Cheras nearby, it makes the location really attractive,” Chew added. Meanwhile, Ibraco is awaiting approval for a new development plan on the 3.91-acre leasehold land in Petaling Jaya, which it acquired in September this year. The land is located along the New Pantai Expressway and has been approved by the Petaling Jaya City Council for a mixed commercial development.

“This project has a GDV of more than RM300 million and will have residential and retail components. We are looking to launch this by end-2018.

“I think that as the land faces the main road, it makes sense to have retail with residential instead of just residential,” he said, adding that they may consider offering residences in the range between RM400,000 and RM600,000.

On the property market in East Malaysia, Chew said it is catching up with Peninsular Malaysia’s.

“In the past, homebuyers in Sarawak go for big-sized homes, but now they are going for concept living. Price-wise, both places are on par.

“The planning approval here [in East Malaysia] is very different, so the property prices are quite high. For landed homes, we can only build eight units per acre. For apartments, we can do 24 units per acre,” he said.

According to Chew, Ibraco still has a landbank of about 631 acres, mostly in East Malaysia. However, it is keen to develop more projects in the Klang Valley or other major cities in Malaysia.

“We are looking around. I think our next major acquisition will be in KL or Selangor. Besides [land] acquisition, we are also looking to have joint ventures with land owners.

“The property market should pick up the next 12 to 18 months. But with the right product and right pricing, demand will be there because people still need houses,” he said. 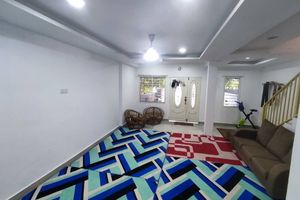 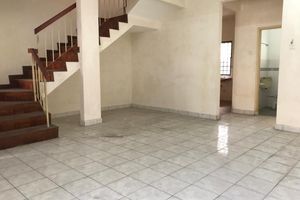 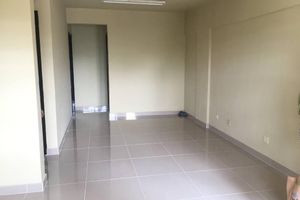