CBRE|WTW: Homeownership not the be-all and end-all 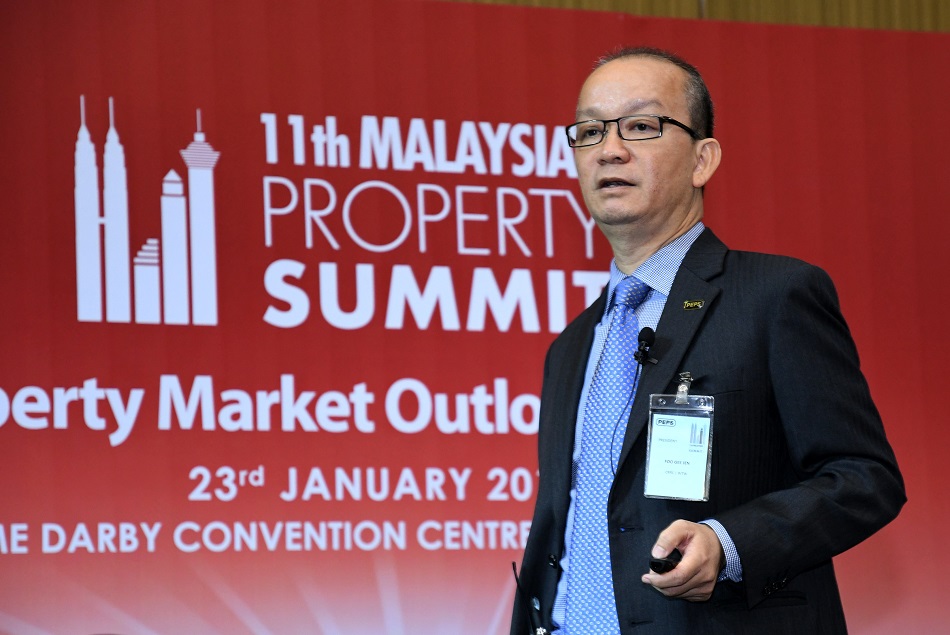 KUALA LUMPUR (Jan 23): Perhaps it is high time for a paradigm shift where the absence of homeownership does not imply welfare deprivation, said managing director of CBRE|WTW Malaysia Foo Gee Jen.

“We have first-time homebuyers who are finding difficulty in forking out the down payment or upfront cost to purchase their first home. Perhaps, the ultimate priority is to have a shelter, be it rented or owned,” he said.

Foo, who is also the Association of Valuers, Property Managers, Estate Agents and Property Consultants in the Private Sector Malaysia (PEPS) president, was speaking on the residential market performance and outlook — with an emphasis on affordable housing schemes in Malaysia — at the 11th Malaysian Property Summit organised by PEPS.

EdgeProp.my is the media partner for the event.

According to Foo, affordability is a relative concept where its absolute value varies with income level and wealth.

“Affordability needs to be market-driven because market forces cannot be suppressed coercively; market prices can only be influenced through a demand-supply mechanism.

“Unless a segregated market and system are created for affordable housing, price movement of all residential properties will be dictated by activities in the open market,” he said.

Citing case studies in Hong Kong and Singapore, where most of the population of these countries are residing in public housing schemes, Foo said the Malaysian government should be seen as a gap-stopper in the issue of affordable housing, not the provider.

“The market must correct itself and perhaps the best long-term approach is to alleviate the income level of Malaysians.

“The success factors of these schemes [in Hong Kong and Singapore] are: under a single-appointed agency, there is a strong support and facilitation from the government; comprehensive and flexible schemes; equal priority to rental housing — where it’s not all about owning a home; a closely regulated and segregated market; as well as quality public housing,” he added.

Among the solutions for affordable housing policy in Malaysia suggested by Foo are giving more incentives for private developers by the release of state lands, co-sharing of infrastructure costs, centralising policy-making and delivery of affordable housing to eliminate hidden or hindrance costs, streamlining and simplifying application procedures, one-stop data centre to provide information on the market, step-up provision and promotion of rental housing as well as creating a database of tenants’ and landlords' profiles to protect both parties in the rental market.

“Our current tenancy system is in favour of the tenants instead of the landlords — landlords are being held responsible for the fees unpaid and damages to the property. With the database, you can blacklist irresponsible tenants, which is fair for both sides,” he added.

On a related note, Foo also noted that there is a lack of transparency when it comes to city-planning as the last gazetted plan for Kuala Lumpur was in the 1970s, which resulted in an unresponsive supply of homes in the housing market.

“There is a lack of political will in terms of the enforcement of zoning plan. Our KL City Draft Plan 2020 remains a draft,” he said.