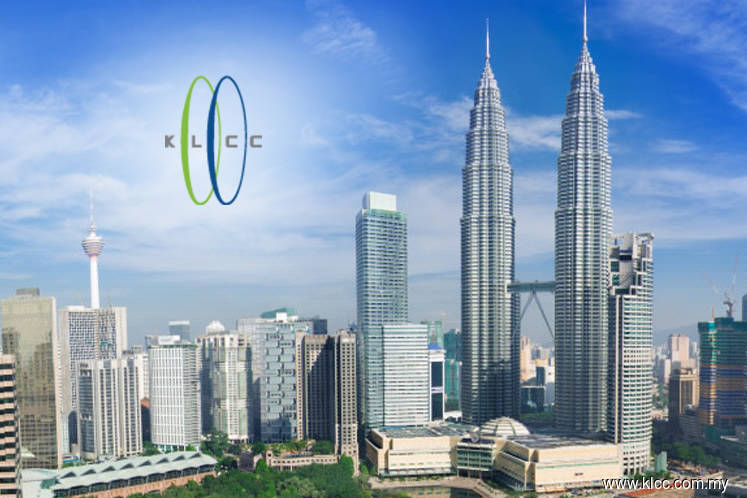 Maintain hold with an unchanged target price (TP) of RM7.83: First half of financial year ended 2018 (1HFY18) core net profit made up 48%-49% of our and consensus full-year estimates.

The results were broadly in line as we expect stronger retail rental revenue and positive impact from refurbished hotel rooms in 2HFY18. 1HFY18 revenue growth of 2.4% year-on-year (y-o-y) was driven by all segments.

Core net profit rose at a slower pace of 1.4% y-o-y, dragged down by a one-off building audit cost in second quarter of FY18 (2QFY18) and depreciation from refurbished hotel rooms at Mandarin Oriental (MO). 1HFY18 distribution per unit of 17.4 sen was also in line.

Segmental operating indicators were generally positive in 1H18, on the back of a 100% occupancy rate for offices, lower single-digit growth in retail rental reversion, and new parking and maintenance contracts in 1H18. The 6%-7% y-o-y revenue growth for hotel and management services outpaced the 1% growth for retail and office, thanks to a full occupancy, and higher rental and average room rates in 1H18. Additional 29 new refurbished rooms at MO will flow into inventory by end-August.

During the results briefing, management was optimistic that it can sustain the 100% office occupancy achieved as at end-June for Menara ExxonMobil. Over the medium term, general observations are that the office segment will remain oversupplied, with as much 1,000 new incoming grade A offices by end-2018. Positive near-term indicators point to a recovery in demand for office space from the oil and gas sector. The office segment made up 53% of pretax profit in 1H18.

Suria KLCC’s ongoing tenant remixing strategy is targeted to be completed in 3Q18. Currently, progress is ongoing for the luxury precinct, followed by escalator modernisation which will be done in stages to avoid disruption to shoppers. Moving average turnover of tenant sales rose 2% y-o-y to RM2.6 billion in 1H18 (Suria KLCC and Tower 3), a stable quantum given the saturated state of tenancy.

Also, the general election and zero-rated goods and services tax effect on shopper traffic between April and May appears to have subsided, given positive tenant sales observed in the month of June.

We retain FY18-FY20F earnings per share supported by: i) stable income from its office assets, ii) the gradual completion of Suria KLCC’s tenant remixing exercise, iii) increasing occupancy and better room rates at MO, and iv) Workplace For Tomorrow initiative for Petronas’ towers.

This article first appeared in The Edge Financial Daily, on Aug 17, 2018. 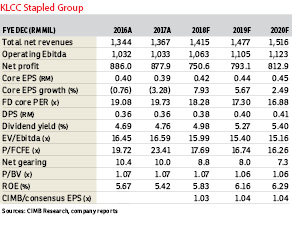