Hannah to get help from Daim over Taman Rimba Kiara issue

Hannah to get help from Daim over Taman Rimba Kiara issue
EdgeProp.my October 27, 2018 | Updated 3 years ago “The court hearing (for the judicial review of development at TRK) has been postponed to the end of November and early December.

“Pending a resolution, I’m working with TTDI Residents Association (RA) and getting guidance from Council of Eminent Persons chairman Tun Daim on the preservation of TRK and all parks around Bukit Kiara as a green lung,” Yeoh told the media at an event called “Ageing Gracefully” in Taman Tun Dr Ismail (TTDI), Kuala Lumpur today, The Star reported.

Residents have been voicing their anger over many months about the planned high-end luxury condominium project at TRK with eight blocks of towers that are between 42 and 54 stories tall.

Yeoh also said that TTDI residents were eagerly waiting for updates from the Malaysian Anti-Corruption Commission (MACC) about the conflict-of-interest report she lodged about TRK.

“There is a clear conflict of interest in this matter, as it is a case where an approving body is also the owner of the land.

“The land for the project was carved out of TRK and given to Yayasan Wilayah Persekutuan (YWP) to be developed.

“They were both part of the approving body that gave approvals for development order: in this case, for YWP’s project,” she explained, reported the English daily.

It will be take place on Nov 11 at 11am at the TTDI Community Centre. 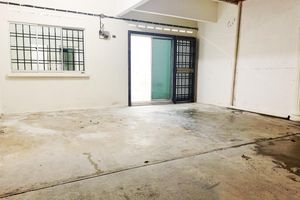