In Live! 2019, we dig deeper into Penang island, past the touristy spots and into what may be the last holdout to the forward march of development. What we discovered was Balik Pulau, a green and serene place where time seems to move a beat slower than on the rest of the bustling Pearl of the Orient. While it's more laid-back, it can certainly hold its own in terms of street cred, as the pictures below show...

No map of Penang’s street art would be complete without Balik Pulau’s collection of murals.

Best discovered while on foot, you can park your car at the public parking area in the town centre. The Captur’s automatic walkway door-lock function is especially convenient — with hands full of our equipment, we just walked away and the Captur’s doors automatically lock. 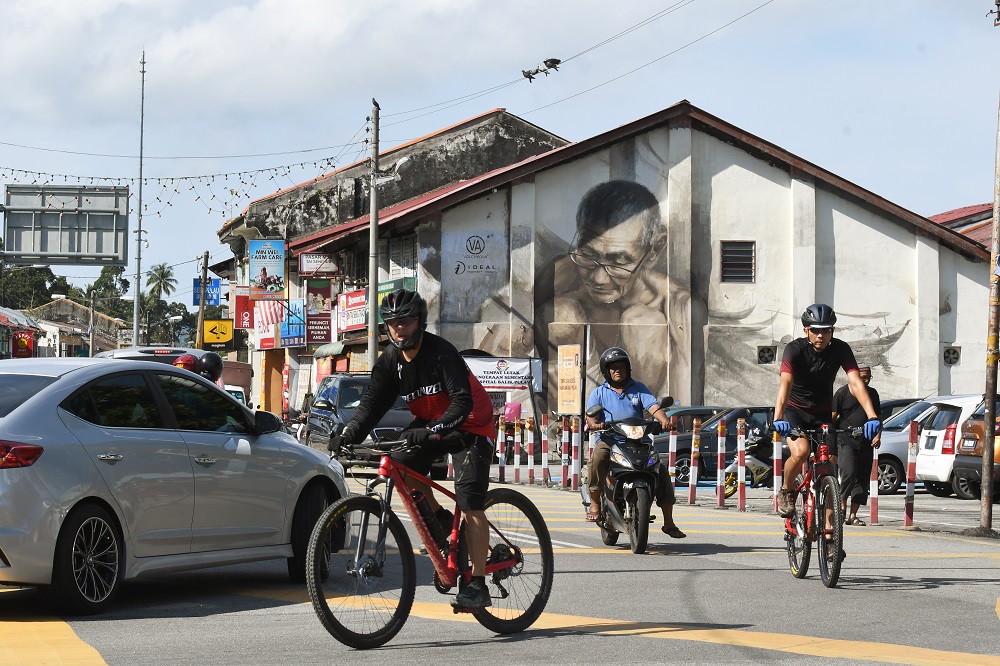 The larger murals that are visible from the streets of Balik Pulau’s town centre were painted by Russian artist Julia Volchkova whose works — including the Indian Water Bearer, Child and Boatman murals — are part of the eclectic fabric of George Town’s streets.

Depicting the cultural cornerstones of Balik Pulau, her detailed and realistic renditions are of the Hakka Dancing Girl, the Silat Master, the Old Fisherman, the Silversmith and the Rubber Tapper. They represent the main communities and major industries of the town and its surrounding kampungs. (Pro-tip: they make great backdrops for #selfies.) Interestingly, Julia was hosted at Karuna Hill by the Valentis during her months-long sojourn on the island. Carl recalls that Julia and her mother — both natives of Siberia — enjoyed the balmy weather, excellent hospitality, friendly and gracious locals and exciting cuisines of Penang. In fact, to express her gratitude to their hosts, Julia etched a drawing of an angel on one of the rocks embedded in the grounds of the resort. 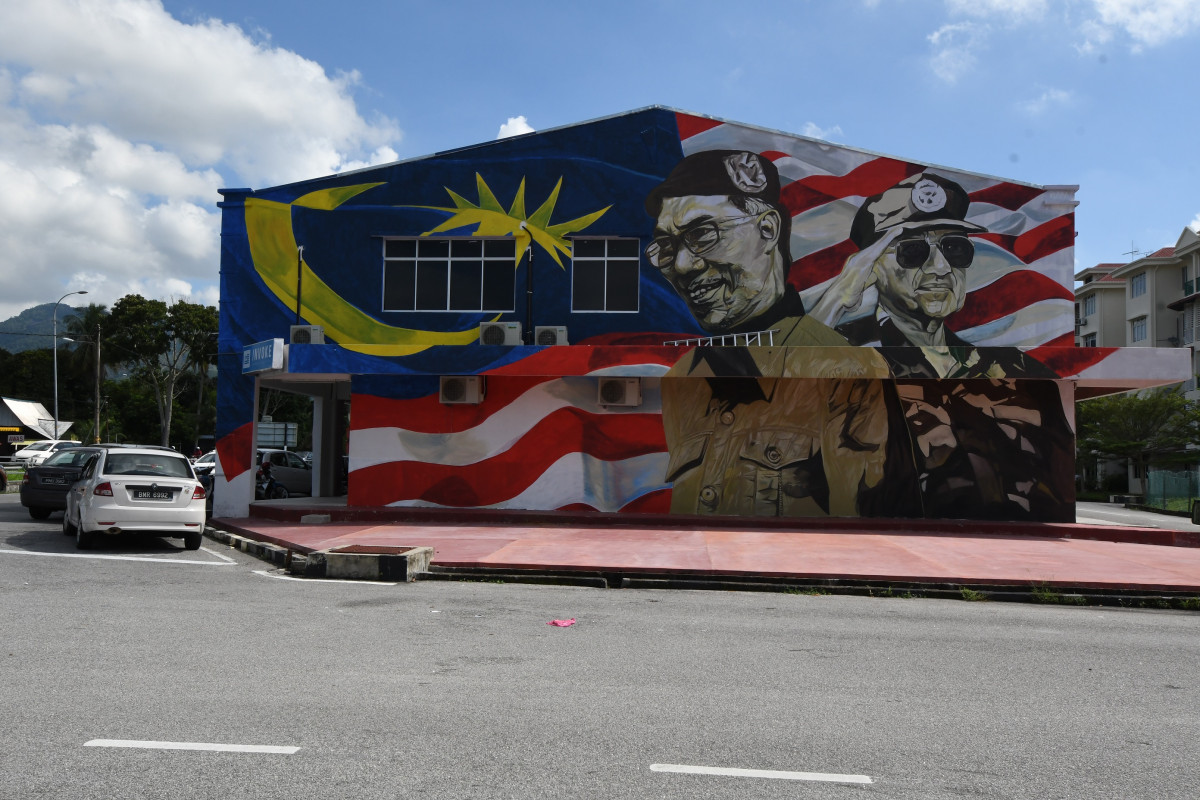 However, Julia’s stunning and realistic murals are not the only ones you will find in Balik Pulau. To commemorate the surprising victory by Pakatan Harapan in the 14th General Elections held on May 9, 2018, 27-year-old twin brothers Mohamad Faiz Zainal Abidin and Mohamad Farhan who hail from Sitiawan, Perak, painted the patriotic portraits of Prime Minister Tun Dr Mahathir Mohamad and Datuk Seri Anwar Ibrahim against the backdrop of a vibrant Jalur Gemilang at the side of a shoplot that currently houses Balik Pulau MP Muhammad Bakhtiar Wan Chik’s office. According to an interview with The Star, this tribute to the two leaders was in remembrance of the challenges the country had gone through before its transformation in the polls last year. Mahathir’s salute, they said, was to acknowledge the courage of the rakyat in voting for change. 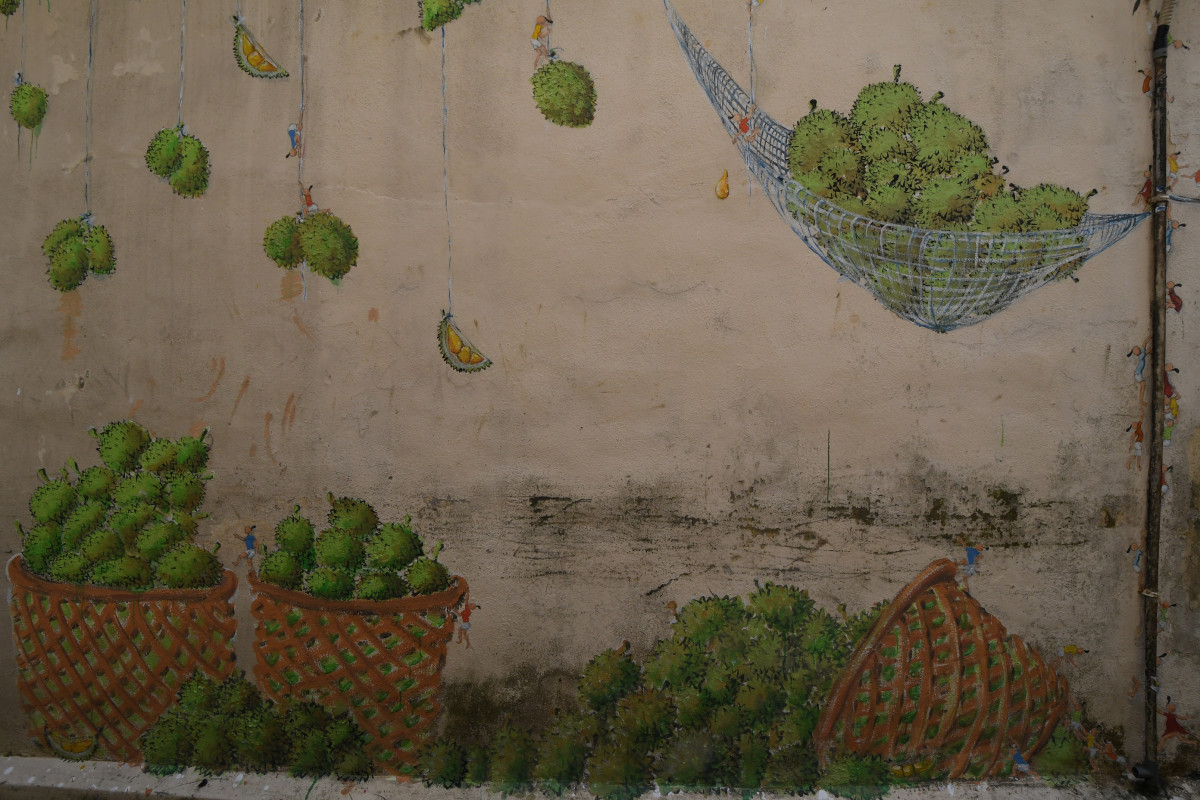 Look beyond the large murals, however, and you will find colourful images hidden away in the alleys of Balik Pulau’s town centre. Painted on the walls of one of the alleys is a localised Gulliver’s Travels involving a sleeping giant, dancing sprites, and durian, of course. Close to this same painting is a psychedelic screaming face. A passing Malay woman who lives near the alleys where these hidden treasures are located says nobody quite knows who painted the whimsical mural. Will the artist please stand up? As the sun sets on our excursion to Balik Pulau, we head back to Kuala Lumpur in the trusty Captur. Even without pushing on the Eco-mode button, the Captur was highly fuel efficient and was left with slightly less than half a tank. Despite spending four days there, it feels like we’ve barely scratched the surface of Balik Pulau, a place where time slows down.

Read other parts of the story here.