Unsold completed residential properties up 30.6% in 2018 PETALING JAYA (April 23): Malaysia has recorded a total of 32,313 units of unsold completed residential properties in 2018 valued at about RM19.8 billion. This is a 30.6% increase from 24,738 units recorded in 2017, according to the National Property Information Centre’s (Napic) Property Market Status Report for 2018.

The highest number of unsold completed units came from Johor with 6,066 units, a 38.6% y-o-y increase from 4,736 units in the previous year. These unsold units are worth RM4.6 billion.

Perak has the second highest number of overhang units last year with 5,367 units unsold compared with 2,276 units in 2017, worth RM1.6 billion.

Selangor registered 4,693 unsold units in 2018, up from 3,713 units. They are worth some RM4.2 billion, making it the state with the third highest number of overhang units.

Penang came in fourth with 3,502 unsold units with an estimated value of RM3 billion. However, this is a decrease from the 3,916 units that was recorded in the preceding year.

Kuala Lumpur was next as the capital city saw a rather large spike in unsold properties with 2,769 units valued at RM2.7 billion from just 929 units previously.

Melaka took the second spot with 727 units (worth RM359 million) while Selangor came in third with 612 units (worth RM 765 million) -- the number of unsold completed shops in these two states were  15% and 46% higher respectively, from the previous year.

Looking for properties to buy or rent? With >150,000 exclusive listings, including undervalued properties, from vetted Pro Agents, you can now easily find the right property on Malaysia's leading property portal EdgeProp! You can also get free past transacted data and use our proprietary Edge Reference Price tool, to make an informed purchase.
Napic
SHARE
Facebook Twitter 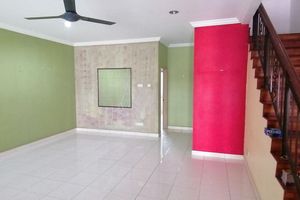